With apologies for the late lack of posting, here is a little bit of a retread/refinement of my earlier Page of Mozambique. I've been working with this feel quite a bit, but have struggled to come up with a reasonable method for developing it; which is not shocking, me being the Salsa/Cuban music tourist that I am. The patterns here are based on the New York/Eddie Palmieri classic version of the style— apparently it has not a lot in common with the original Cuban Mozambique, which was a craze for a little while in the 60s, and then died out. The clave orientation here is 2-3 Son— that's usually the case on Palmieri's recordings. 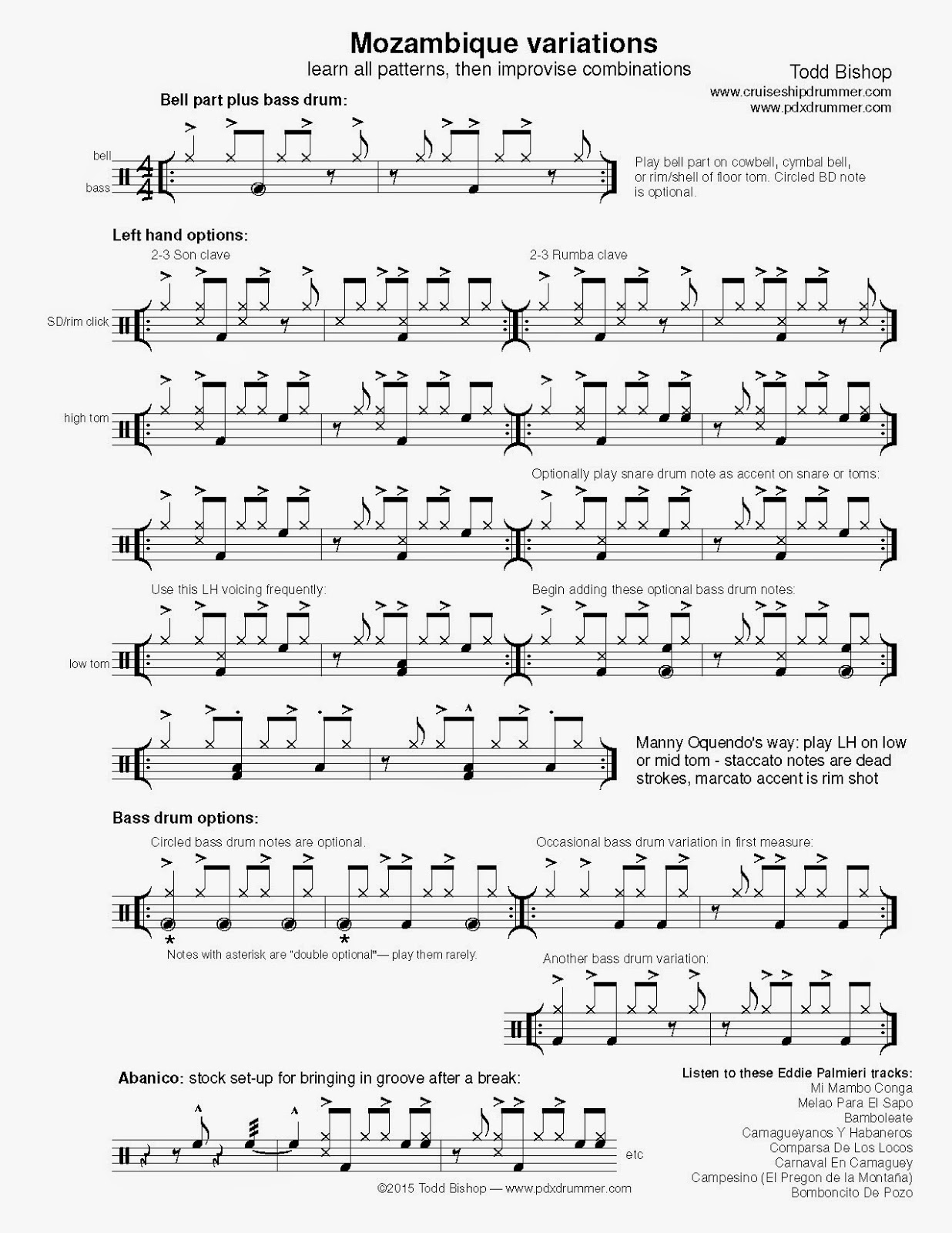 Learn all the patterns, listen to (and play along with) the suggested tracks at the bottom of the pdf, and then improvise your own variations— mainly, moving the left hand more freely, using different sounds (especially rim shots and dead strokes).

Do the listening and you'll learn how to prioritize the variations to stay with the style; there's a sort of hierarchy to the notes you play on the drums:

You might also try running the bell part and bass drum variations with the left hand parts in our generic Latin method— as written they fit with the 2-3 clave orientation of these patterns. Review all of my previous posts on Mozambique, as well.