Very occasional quote of the day: Bozzio auditions for Zappa 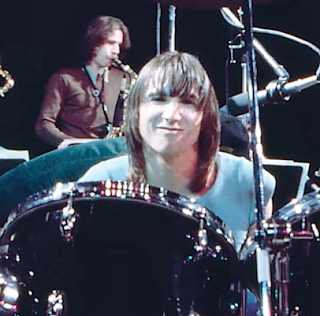 I had to fly myself down to LA just to audition like the rank and file rest of the people that auditioned for Frank. It was scary, you know, it was ridiculous. I walked in, and I'm this little kid from San Francisco. I walk into Frank's huge warehouse with this big stage, and all this equipment and road cases and stuff. And these ridiculous charts spread all over the stage.

And I thought I could pretty much read anything, you know. But I mean this was like the hardest stuff you'd ever want to see. You know, just the odd groupings and odd times, and he had melodic things written out around the toms and the drums, so you didn't have to read just rhythmically—you had to read melodic things as well. I thought, "Man, I can never do this. I've lost." But then I thought, "Well, I've spent the airfare to go down here. I'll give it a try."

I watched a couple other drummers audition, and they were sort of trying to flaunt their chops rather than really listen to what was going on. So I said, "Well, at least I'll listen." I went up there, and I fumbled through some charts the best I could. There's not too many drummers who could sight read that stuff, so when a real hard part would come, I would just stop and say, "Oh, this is this," and I'd play it for him. And he said, "Right, now stick it in with the rest of it." And I would.

We jammed a bit and he said, "Okay, you sound real good. I want to hear you when I'm finished with the rest of the guys." And everybody there split, so he said, "Well I guess you've got the gig if you want it."

- Terry Bozzio, from his 1981 Modern Drummer interview with Robin Tolleson