Cheech & Chong's Earache My Eye is just an eternal piece of American teenage rock & roll culture, along with Smoke On The Water, Iron Man, Sunshine Of Your Love... like that. On hearing it for the first time in a long time, I think this is what I've been really been trying to play like all these years— with rock & roll, anyway— like this, and like Jim Gordon on Zappa's Apostrophe.

It turns out the drummer on the recording is Airto, which surprised me, but I can dig it. To understand how great he is, just check out a few of the many covers of the song; the tom fills really make the whole track, but nobody else does them especially well. And none of the guys beating the f__ out of their drums plays as effectively as Airto does here— they rock less. 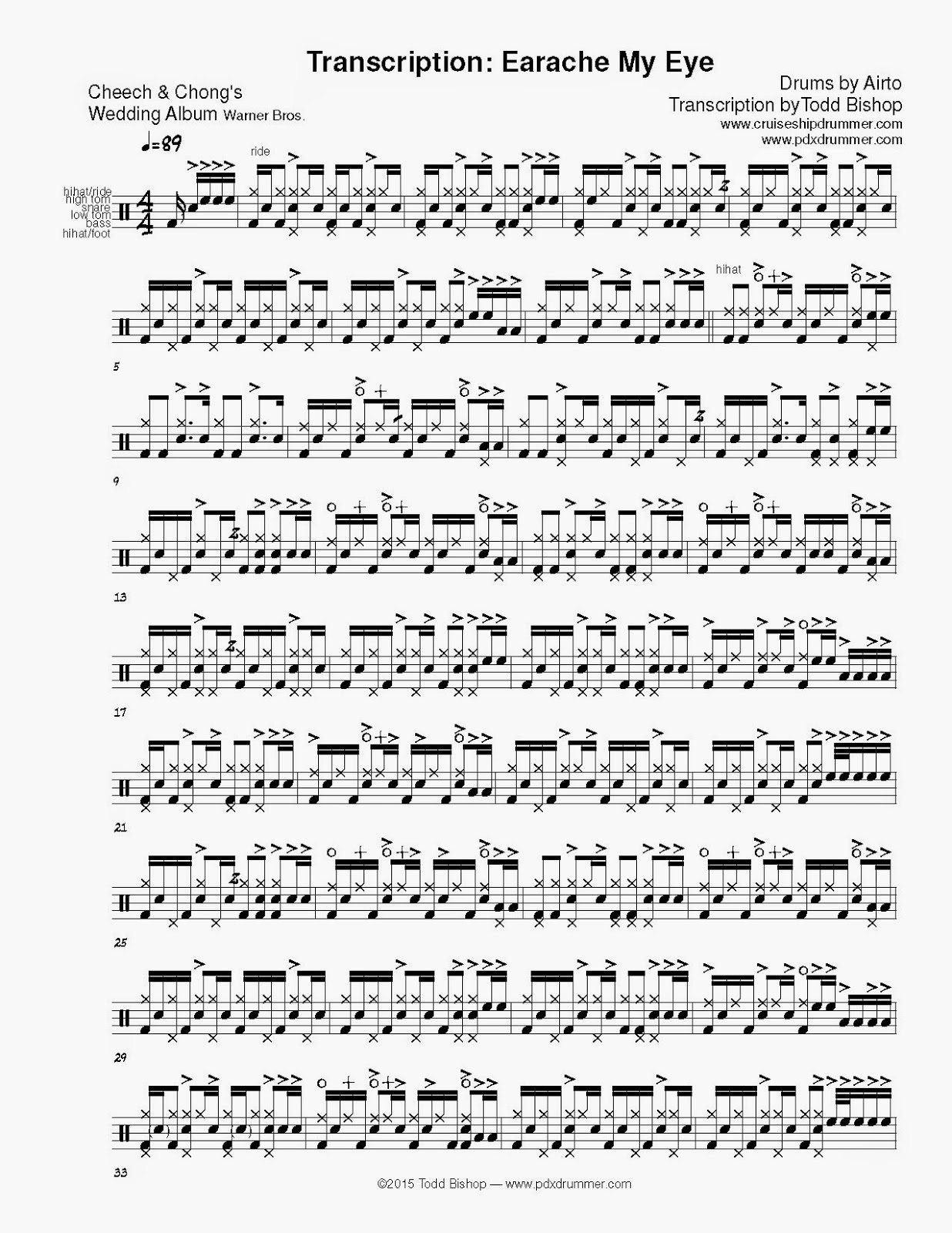 I went ahead and put in everything I could hear, including the hihat played sporadically with the foot. If you actually want to work this up, you can safely ignore the left foot, for the most part. What's significant about it is that he will sometimes play it on the &s, Brazilian/jazz style, and other times he'll play it in unison with the bass drum, emphasizing the rhythm section line.