Stick Control patterns in 3/4, with flams and accents

A little companion to the page of Stone patterns adapted into 3/4, from the other day— here I've added some flams and accents to the sticking patterns from that page: 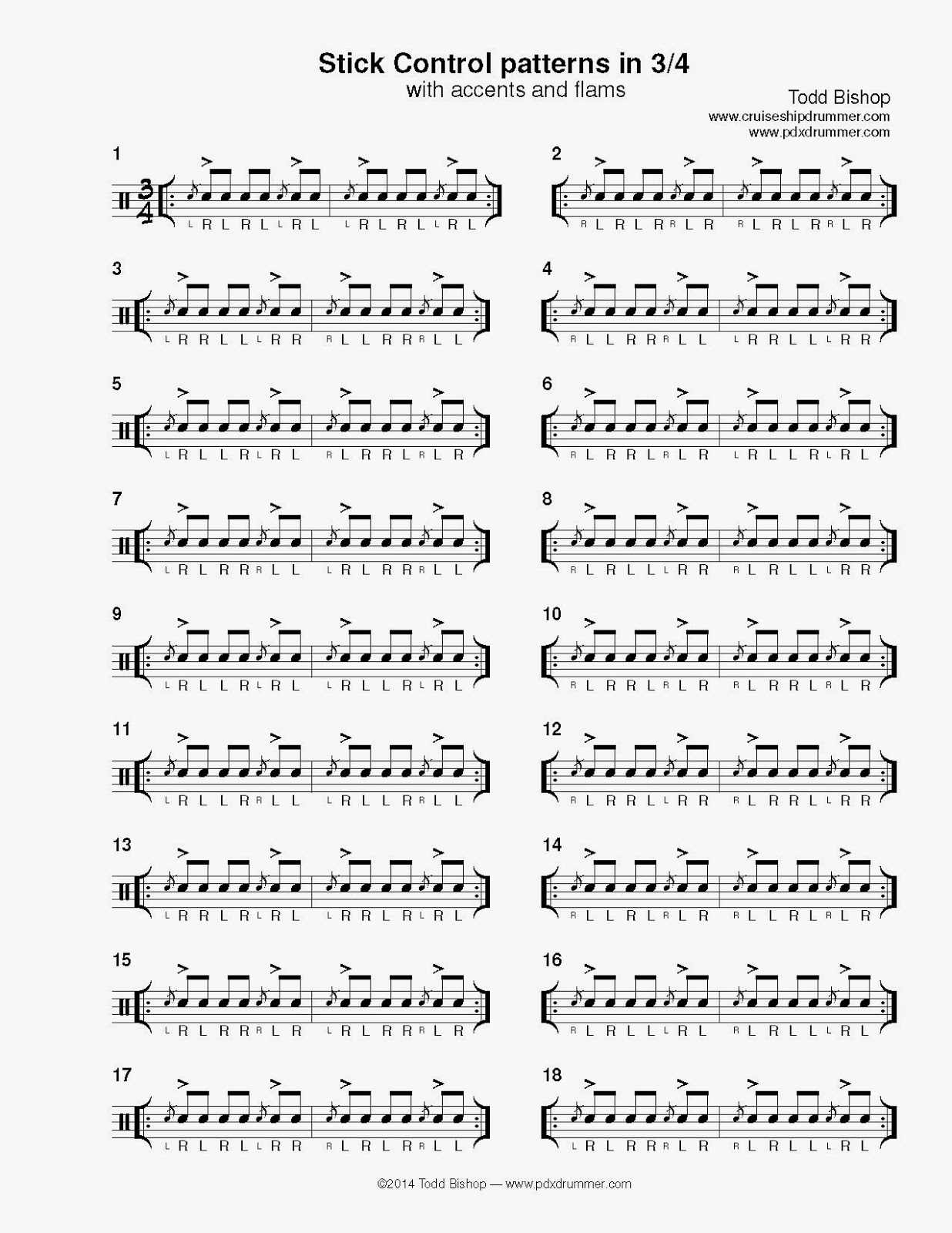 Quite a few of the exercises have an unaccented note followed by an accented note on the same hand, a common, difficult sequence of notes. Put in a very deliberate upstroke after the little note— pick up the stick fast to get it into position to play the accented note. A lot of people will try to make the two notes into one “whip” stroke— which is often executed more like a “jerk” stroke, which is as wrong as it sounds— I'm not in favor of that, at first. Start by separating the strokes: little note+fast upstroke, then accented downstroke. You can streamline that sequence into one motion after you have the individual parts well under your hands.