Another Jeff Watts transcription, from Branford Marsalis's album Trio Jeepy. The audio is not available on our usual YouTube; but, you, know, that's OK. Music isn't actually supposed to be free. So get thee to your local used record store and track down the double LP, or ask the guy at the desk to order the CD from the distributor. Or go to your favorite tech conglomerate web site and purchase the download. 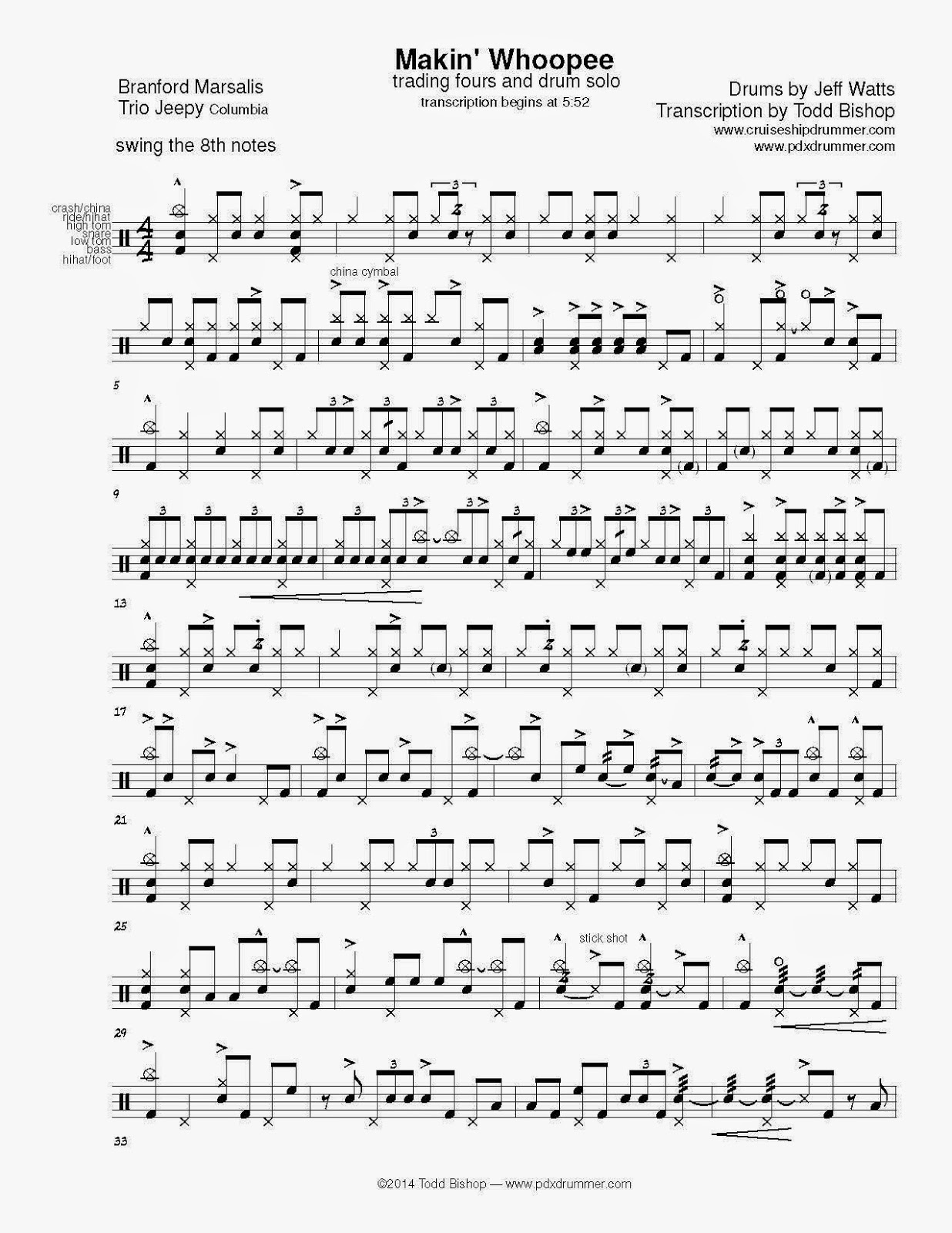 This is pretty straightforward. The most technically difficult thing he does is in measure 31, where he plays a couple of one-beat closed rolls, which begin with the hands in unison on the crash cymbal and snare drum, and end with a stick shot. The 8th note-duration rolls which occur several times— like in measure 23— are played as a triplet, like so:

As near as I can tell, he uses three different cymbals in addition to the hihats: a ride, a crash, and a chinese/trash-type cymbal. I may not have distinguished between the three with 100% accuracy, but it doesn't matter. An unaccented note is a tap, a regular accent is a light crash, and a housetop accent is a full crash. On the drums, the given accents are generally relative to the neighboring notes; all of the accented snare drum notes through out the piece may not be of the same volume. Watts is typically thought of as an aggressive player, but his volume here is very controlled, with a solid touch. He generally accents more strongly on the cymbals than on the drums.