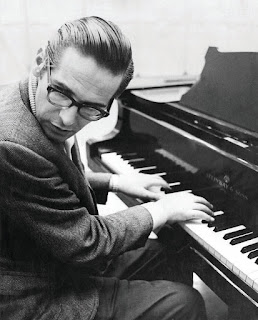 “There’s a certain kind of people that are more or less late arrivers, you can – even though he was certainly on the scene and known and respected – you can hear him building his abilities from the beginning very consciously and very aware of every note he played, theoretically and motivically and everything. And it seems like those kind of people that have to really develop more analytically and consciously and dig into themselves and more or less the late arrivers, they don’t have the kind of facility — I know Miles has spoken about how he didn’t have the facility that a lot of trumpet players had, and fast tempos and all this stuff, and Bird would just tell him “Just get out there and do it,” but that kind of person, when they finally do arrive at their own expressive level, to me, seem to contain so much more.

Now there are always a lot of early arrivers that have great facility. And these guys say 'God, he’s only 15 and listen to that young guy play, man, he’s all over the horn and he seems to have it covered.' But often those people, and I’m saying this because maybe some people will be listening that have those feelings, and I certainly, myself, I’m kind of a late arriver. I knew a lot of people with those kinds of facilities, and they don’t know what to do with it often. They don’t have the ability to discard and add, and what they really do is reflect the scene and it’s a marvelous talent that they have, and I love to hear them play, but as real contributors and so forth they don’t add up that much. So often the person that has to go through a more laborious, long, digging, analytical process finally arrives at something which is much more precious.”

Definitely read the entire interview— it's mainly about the making of Kind of Blue. It was broadcast once on WKCR/NY in 1979, and comes to us via a transcript of a cassette recorded off the radio at that time by Lewis Nash.

(h/t to Kurt Rosenwinkel, who shared this on Twitter)