Part of the idea of this “survival” series is to be very right hand (or leading hand, if you play lefty) oriented; we want to start every measure with the right hand— it just suits the needs of playing music on the drumset better. An awkward thing about playing alternating triplets in odd meters— including 3/4— is that every downbeat lands on the opposite hand from the last. So to make that right hand orientation happen here, so we can feel a little freer with this type of thing, we'll play a sticking of RRL on beat 5. We also could've used RLL, but RRL is a little hipper.

Many of these will sound rather far out your bandmates' ears, and you could lose them— not every single pattern is practical vocabulary— but having played through them you'll be much less likely to accidentally play something that gets you lost. 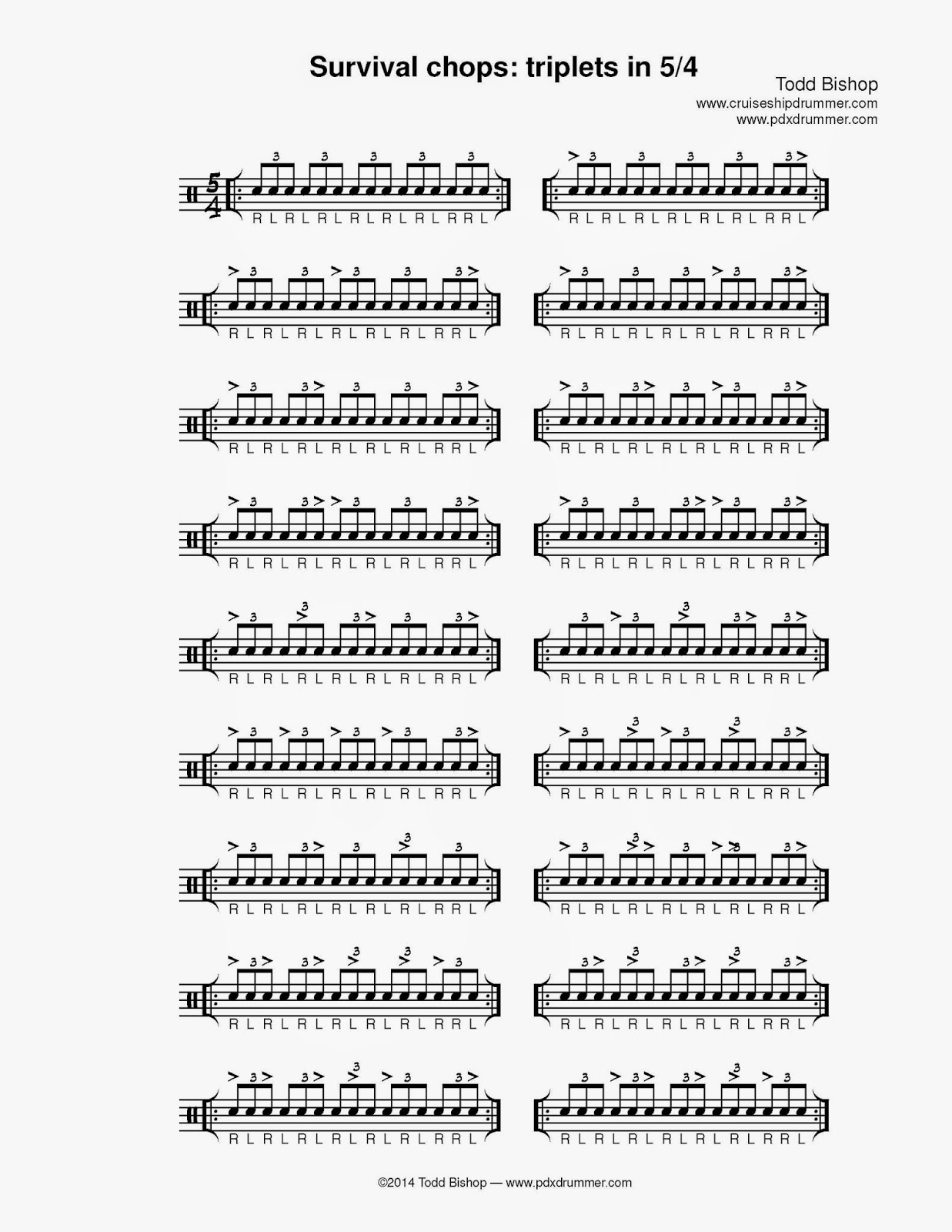 An easy modification of this would be to play doubles on all the unaccented notes, except for the two rights in row on beat 5. You could also pencil in whatever drags or flams you want. A reasonable workout with this page would be to play each exercise 2-8 times, going on to the next one without stopping; you could do that at two different tempos