A new POC in 6/8, with a variation on our usual bell pattern, pulled directly from Ed Uribe's excellent, horrifying, massive book, The Essence of Afro-Cuban Percussion and Drum Set. The pattern comes from Guiro, a Cuban folkloric style which I know very little about— we're really just pilfering a rhythm from Cuban religious music and using it for our own ends— to put it in the crassest possible way. Developing ourselves as artists is a legitimate non-theistic, non-liturgical religious practice in its own right, so I don't think what we're doing is quite the moral equivalent of strip-mining Madagascar for minerals to build iPhones. 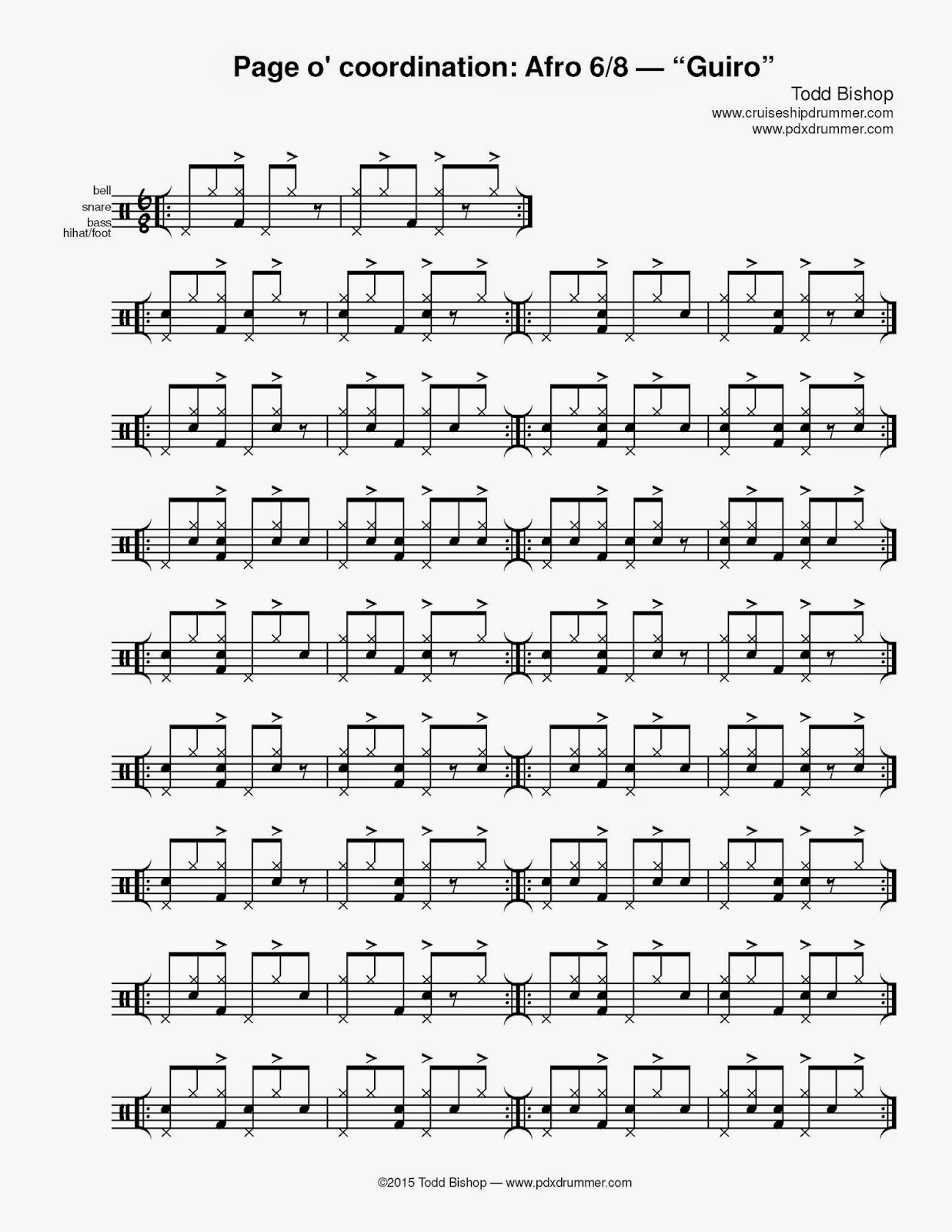 Personally, it's taking me a few sessions to get this together. Do all of the by-now familiar tom moves once you can play the page straight through without stopping. Because we want to be aware of the 3/4 cross rhythm, take a moment to practice this bell pattern along with quarter notes in the left foot:

The pattern is actually an inversion of our usual so-called “short” bell pattern. If you play the above rhythm starting on beat 2 in the 3/4 example, you'll get the short bell rhythm. It could also be considered a variation on the “long” bell pattern, except they've moved the first note off of the downbeat.

Note: Here is some actual Guiro music. The bell part, played on a piece of metal here, is something we haven't seen before; it's not the rhythm we're using here. It's kind of difficult to be certain about the beat for awhile here, but you can see some participants clapping Rumba clave— we can assume it's in the 3-2 orientation, since I believe that is normal in folkloric settings. Around 6:20 the lead singer also claps the main pulse while others are clapping clave.