The Book of Intros is coming along nicely, though now it's in the brutal “not embarrassing myself writing about famous drummer's playing” phase of construction. I predict it will be ready to purchase by the end of next week. In the meantime, here's a variety of Afro 9/8 groove which came up in my practicing yesterday. This one is an alteration of what's called the “long” bell pattern— an African-sounding rhythm, which also happens to be a little more downbeat-oriented than the “short” bell pattern used most of the time in Afro-Cuban music, and American Latin Jazz. Rhythmically challenged-or-stunted players may have an easier time staying with you if you use the long bell pattern.

The 9/8 version of this Afro triplet feel is not specifically called for very often, but an Elvin-style waltz could easily morph into it. As far as I know this is strictly an American adaptation— it's not an “authentic” thing in African or Cuban music. 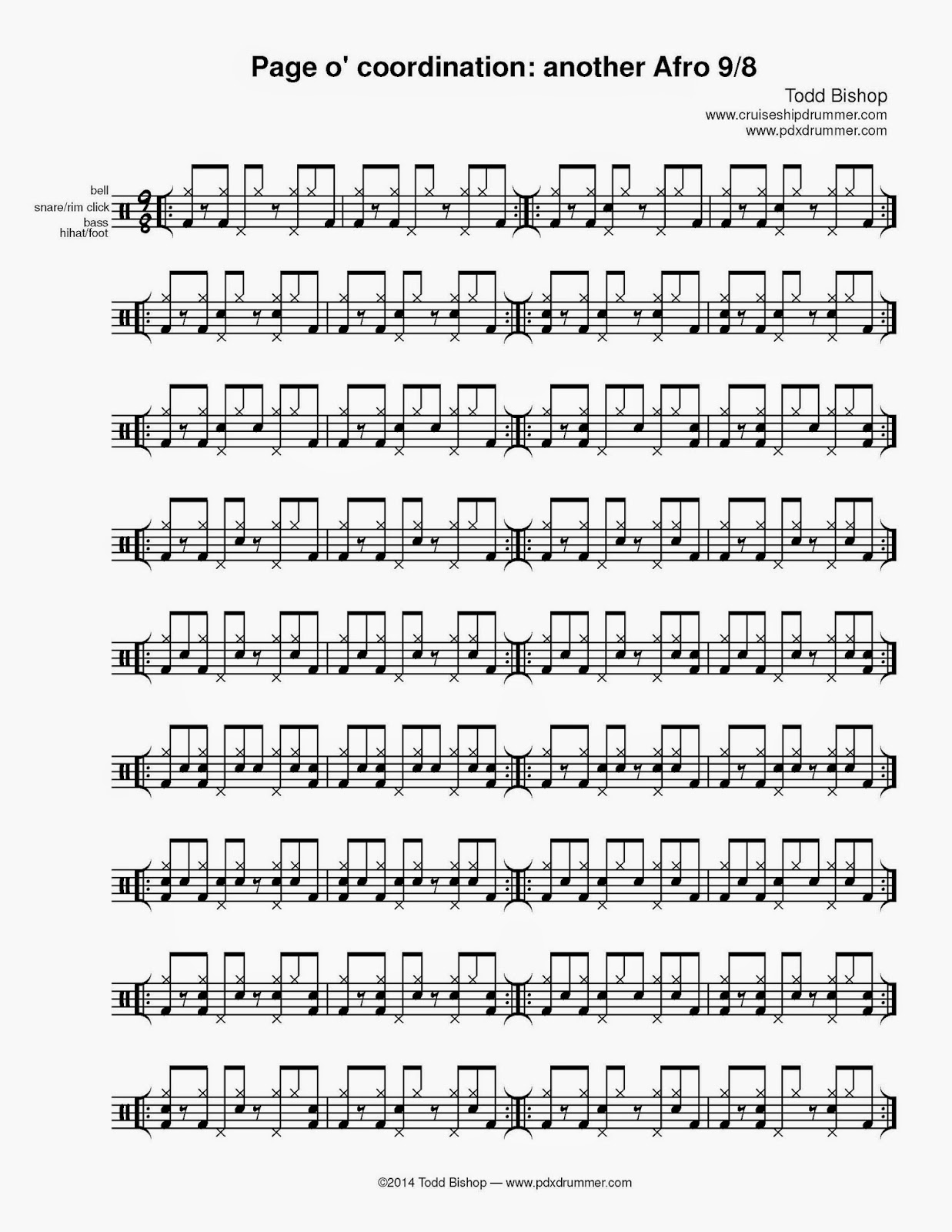 Alternatively, you can play the hihat on every beat:

You can also simplify the bass drum pattern:

Or don't play it on the downbeat of the second measure, for a little extra challenge:

Here's a fresh link for the left hand moves. Usually we move on every single note with some space around it, or on every double; but there's no reason you can't split the doubles, too. Whatever you do, try to make a reasonable-length workout out of it. For reference, playing the page once, two times per exercise, with no left hand moves should take about 2-3 minutes at moderate tempos; so doing eight different left hand moves should take around 16-24 minutes. Don't feel obligated to cover every single thing— just master whatever you're able to in a reasonable amount of time.