Very occasional quote of the day: the instrument itself 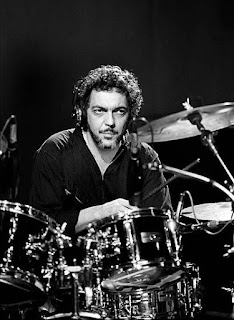 “If you get too involved in the playing of the instrument itself, you forget that the whole purpose of what you're doing is to add to the music.

There's more to music than having control over the instrument.”

Lots of great quotes lately, from MD interviews with Gadd and Shelly Manne. This one is worth commenting on, because it fits so neatly into the ridiculously polarized, eternally pointless and misguided internet "chops vs. groove" debate. It's a hobbyist's topic, conveniently framed by and for hobbyists. It's not real. Gadd is not supplying you with an excuse to not practice.

He was no doubt referring to himself as much as anyone else here. When he first became known as a star player in  the 70s, he was as technically able as anyone else active. It takes a lot of involvement in the playing of the instrument itself to play as well as Steve Gadd.

The point is that it's not the only thing to be involved with.