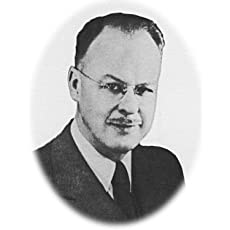 An extended quote— extended is the only way to quote him— from George Lawrence Stone's Technique of Percussion, which has been on my mind a lot lately:

An instructor inquires what to do with a “gabby” pupil who insists on stopping whenever he makes a mistake in the lesson to tell the teacher all about it, thus consuming valuable time and slowing down the lesson. “I want to be a gentleman,” complains the instructor, “and I don't want to hurt anyone's feelings, but I sometimes feel that such a lesson is being taken right out of my hands.”

The several remedies that first come to mind are against the law, but why not simply have a heart-to-heart with such a pupil and explain that he is supposed to come to his lessons not so much to talk as to listen. An instructor takes a defeatist attitude, not in keeping with his profession, when he hesitates to assume and retain control of the lesson period.

It often happens that an eager pupil (not necessarily a gabby one) will stop at some minor error, fearing that his teacher may have been inattentive of disinclined to bother over trifles. Tell such a pupil that this shouldering of the teacher's burden is unnecessary, for the experienced teacher is trained to notice errors, however minor their nature. If he doesn't stop at each one and deliver a lecture upon it, there is generally some good reason why. It might surprise the eager beaver if he but knew that for every one error he himself detects, you, his teacher may have noticed several of them and stored them up in your mind for attention and correction at some future and more propitious time.

Then, too, you might explain that an instructor often overlooks minor errors deliberately, especially when his efforts are centered on the development or correction of a major phase of the lesson. For a pupil to stop at a time like this— when the poor teacher is sweating blood to get him to comprehend, say, some rhythmic figure in its entirety— just to disclose the fact that he omitted a grace note of some flam, is to throw teacher completely off the track, distract his own attention from the matter in hand and delay progress.

Fastened to the wall of a well known percussion studio, right where it can be seen by a pupil while taking a lesson, is the following card:

If, perchance, you should make a slight mistake while playing your lesson—

Don't waste the time you are paying for to tell me about it.

End quote. By the way, everyone with a serious is interest in the modern history of percussion is going to want to get this book: Technique of Percussion by George Lawrence Stone. I reviewed it a lifetime ago, in March 2020, and it is essential literature.