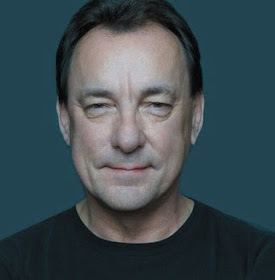 Well, dang. Everyone knows by now Neil Peart has unexpectedly passed away. He was certainly the most celebrated drummer of the past ~ 45 years, maybe ever. A few are more famous, but I don't know if anyone inspired the same rabid following dedicated to knowing every single note of his recorded output. The only time I saw Rush live, in 1991, there was a not-insignificant percentage of the audience air drumming his fills along with him, and clearly knew them all exactly. That's kind of unique.

A historical curiosity about him is that the excitement was generated by things played on records. During the highest point of his career— say 1978-88, there was no YouTube, and none of the current drummer world apparatus. There were records, radio, tours, rock press, and MTV. With Rush it was mainly about the records. You put them on and listened to them a lot, and the music did something for you.

It's almost quaint. A lot of drumming fans seem to have completely moved on from mere music, and are just into worshiping prowess. There is no Spirit of the Radio or Tom Sawyer for any of the famous drum guys of the past 15 years. There was certainly an element of spectacle to Peart's thing, but compared to much of the current thing that is nothing but spectacle, he looks extremely dedicated to pure music.

He's also more effective than any those players. There are millions of idiots who can play the drums fast, relatively few who can play effectively. I never regarded Peart as very sophisticated strictly as a drummer— compared to his better non-rock contemporaries, he's pretty retrograde. But what he plays is extremely effective. Listening back to Tom Sawyer for the first time in many years, all of the things I thought were rather gratuitous actually make compositional sense, and bring a lot of energy to what is basically a stilted little composition.

You can see that he did play the drum set as a complete instrument— another way he's closer to my heart than many other drummy players: he was not a snare drummer. With those guys you can always feel the pull towards playing more crap on the snare drum. Peart does some of that in his solos, but he's clearly not a member of that tribe— he has too many other things he wants to show off. He actually has some interest in rhythm, and in the full instrument.

Also quaint is that he got people interested in essentially band instruments, concert percussion instruments— it was a big deal that he had some crotales up there, a glockenspiel, some cowbells. A lot of drummers of the 70s played huge drum sets with a lot of pointless extra percussion, but Peart actually featured the instruments in the songs.

I don't know if we're too cool for all of that now, or what. We've got Moeller, which is better than music. Certainly the current drum-pornographic thing doesn't leave much room to get excited about playing a glockenspiel.

A few thoughts about his playing legacy, anyway. But the first thing I actually thought about when I heard about this was that I was glad he was able to rebuild a family after the tragedy he experienced at the end of the 90s, with the deaths of his daughter, and then partner. He seemed like a basically healthy amiable goofball, and he was appreciated.
Todd Bishop at 11:47 AM
Share