Your big paycheck is just around the corner. 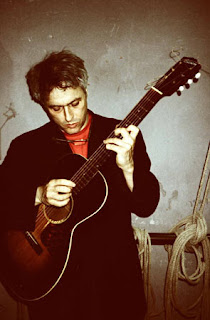 In Salon today is a conversation with Marc Ribot about the future of copyright, the Internet, and the state of the music business in general. What started the conversation was some statements by producer Steve Albini, and Ribot's open letter in response to him:

I’m writing as a recording artist, musician, and activist with c3, the Content Creators Coalition, a working-artist-run organization dedicated to economic justice in the digital domain.

In a recent Billboard article you referred to copyright as an “expired concept”.

You further stated that:  “… the intellectual construct of copyright and intellectual property ownership is not realistic…That old copyright model of the person who wrote something down owns it and anyone else who wants to use it or see it has to pay him, I think that model has expired.”

Or are you just another lousy hypocrite shilling for Google and other huge tech corporations who have made billions in ad-based profits while using our work, often without paying us or asking our permission, as click bait to increase their advertising rates?

Working artists and musicians, at least those of us who can’t afford to make another record unless the last one paid its production costs, await your response.


In perhaps the least-surprising outcome of the century, Albini has declined to move his catalog over to Creative Commons.

Here's the rabble-rousing conclusion of the Salon conversation with Ribot; do go read the whole thing.

What showed you just how bad the current situation was?


Well, first of all, like everybody, in the beginning I thought the digital revolution was going to be the best thing since bread was sliced. I remember, my manager at the time was always telling me, “Oh, no, this is going to be fantastic, don’t worry about a thing.”

And I thought, this can’t be right, I must have done something wrong. I must have failed to register. And then I found out, no, we’ve done everything right, we’ve registered, and meanwhile — and I started talking to other musicians, they were having the same experience — but meanwhile, the hype was going on: “No, this is great! This is fantastic!”

And, when people started to speak out about it, started to ask questions, “Well, how come we’re not getting paid, and how can we get paid if these people on the pirate sites are posting our stuff for free download?” Anyways, I saw that there was a lot of hype going around. I saw that there was a taboo against us speaking up about what was really going on. And, you know, I’ve always thought rock and roll is about farting in church, you know.