Some rock beats in 5

Here's a basic page of rock beats in 5/4, along the lines of those found in Ralph Humphrey's excellent book Even In The Odds. I practice my samba/bossa nova in 5 a little more than I should, and I like running grooves like this in the same session. 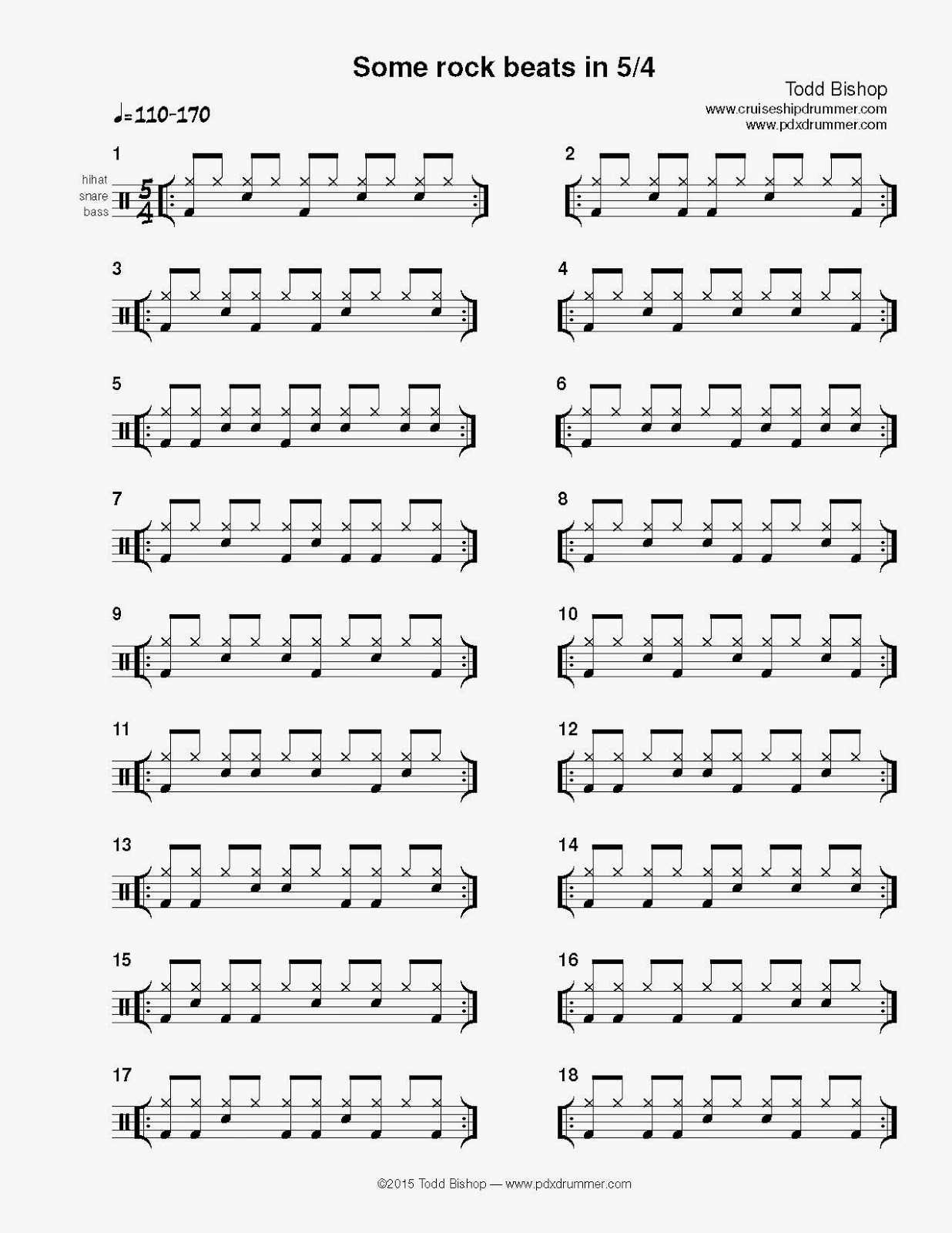 Hopefully everyone has an idea of how to practice this type of thing. Play many repetitions of each groove, with the right hand on the hihat or on the ride cymbal, practicing moving between the two. Be able to move from groove to groove without stopping, and to crash on beat 1. Try to think in two-measure phrases, and then in four-measure phrases. It would be a could idea to count out loud at least part of the time, and to play these along with any recordings you can find in 5/4.

After the break I have a little series of modifications through which I like to run these beats. You can do them in any meter, but it's especially valuable to do them in 5. There's much more about this difficult meter in my series Cracking 5/4.


Starting with this groove, for example:

I'll just play it without the bass drum hit on the downbeat, beat 1:

Of course, some of the patterns will already have the early and/or late BD notes present, so some variations will sound the same. The important thing is the you just get a feel for each of these ways of handling and playing around beat 1.