Continuing our recent batch of downloads for odd meter Samba and Bossa, here are some parts for putting together some grooves in 3/2, or in 6/4. This isn't an incredibly odd meter for Samba, but it is non-traditional— if a thing people have been doing for at least 50 years can really be called that. We could say these meters are non-folkloric, but I'm resistant to thinking of Samba as folkloric music in the first place— it's a modern, commercial, urban music approximately as old as jazz, with the same tradition of innovation, and with an institutional apparatus, and professional class of performers and composers. To me it's significant that Pelo Telefone, the first important Samba recording, from 1916, referenced the modern technology of the time.

With that little bit of perspective, here are the rhythms. Again, I encourage you to get my book Playing Samba and Bossa Nova (print / e-book) for my complete practical introduction to these styles. Our brother blogger Adam Osmianski is also writing a lot of stuff about Brazilian drumming, which you should check out. 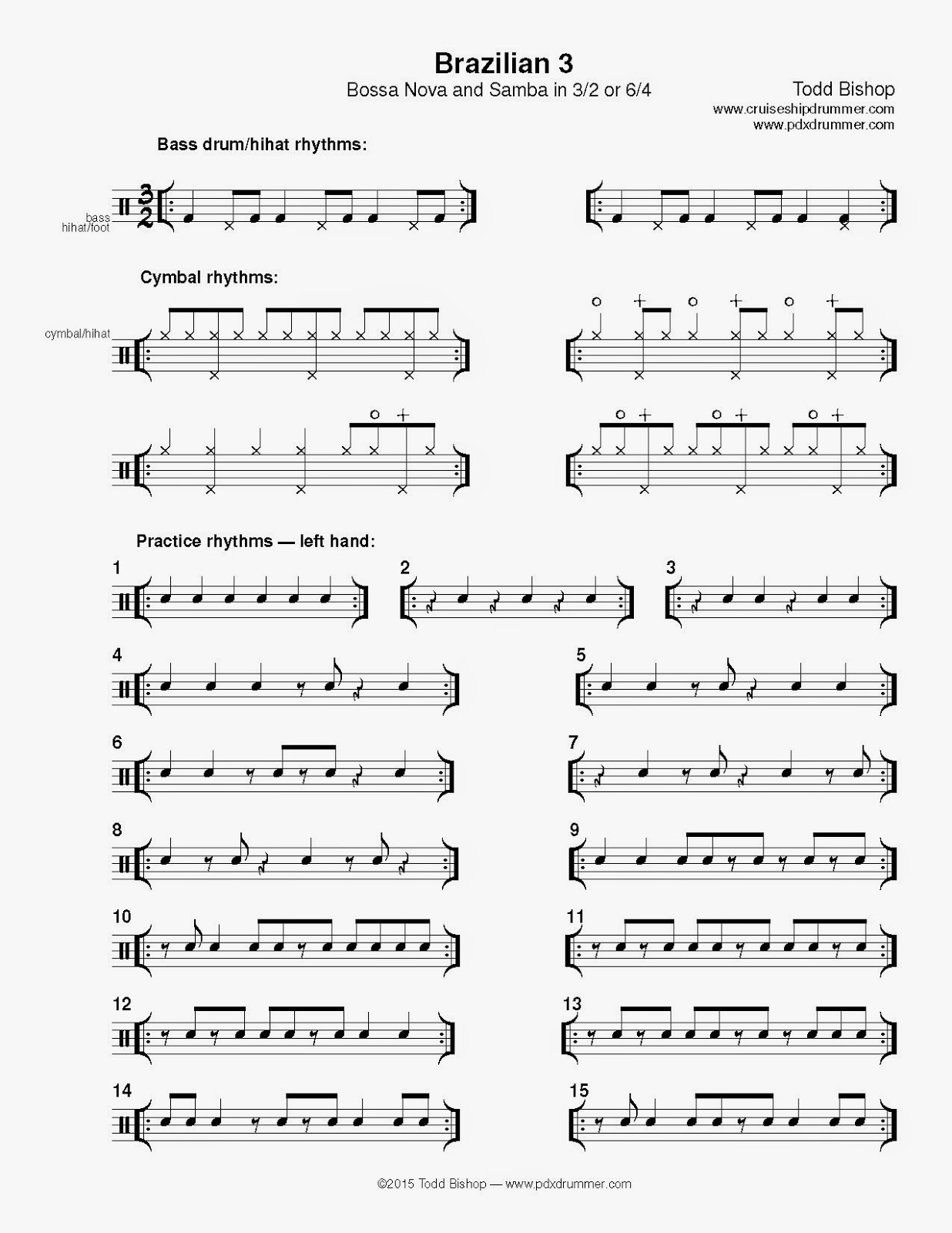 Practice the left hand parts with all combinations of cymbal/feet parts, then pick a few favorite left hand parts, and improvise variations on them. Play the left hand as rim clicks on the snare drum, at first, then experiment with moving around the drums, with different timbres and dynamics— rim shots, buzzes, accents, dead strokes. Play the cymbal part on the hihats or ride cymbal, or on the snare drum with a brush— ignoring the open/closed hihat indications in those latter two instances, of course. Generally you'll use the second bass drum pattern as a variation, rather than as a repeating part of the groove.

A few recorded examples after the break:

Do see our DBMITW from the other day, by the Zimbo Trio. Certainly the most famous Samba in 3 is Cravo é Canela, by Milton Nascimento, which has been covered by a lot of different artists:

Caetano Veloso's famous tune Baby is also in 3, but really has a special groove all its own.