Here's a short method for getting your Bossa Nova/Samba in 7/4 together. Since it's not exactly an everyday thing, short is the only way to do it. We've discussed before the obvious wrong-seemingness of odd time Samba, but it is a real thing— not a folkloric style, but something that has been in the repertoire of modern Brazilian players for a good half century. For jazz musicians, the most frequent way we'll use this is when playing standard tunes as a “Latin” 7. 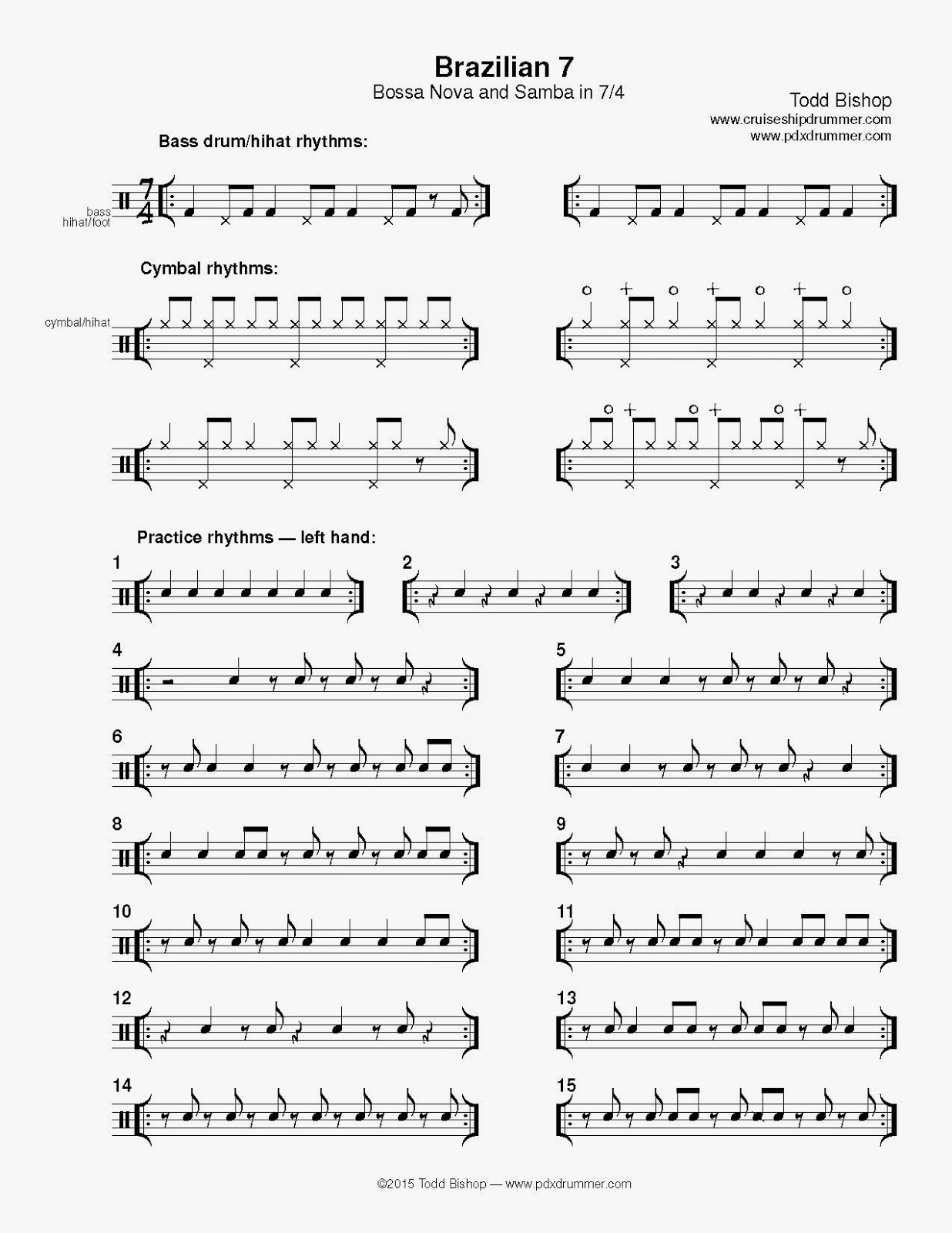 Play all combinations of rhythms: all of the LH patterns with each combination of BD/cymbal patterns. Start by playing rim clicks with the left hand, then play taps, rim shots and buzzes on the snare drum, then move around the drums with our standard left hand moves, or just improvise the moves. In playing music, you have some freedom with your left hand, like in jazz; as you listen to more Brazilian drummers and music, you can begin improvising with it, while staying within the idiom. Remember to keep a light touch, while being rhythmically aggressive, and forward-moving.

And here's a good practice loop for this— sampled from Dom Um Romao's Dom Um Sete, a moderate tempo large ensemble piece from the 60s: