Lately I've been doing a lot with modulating between triplets and 16th notes, using similar stickings/coordination patterns. I've observed that it's a thing with Elvin Jones's drumming that he will play similar things in either a triplet or 16th note rhythm, or with a pull towards one rhythm or the other, and this is a way of working with that idea. These exercises are mostly based on patterns found in Stick Control; the stickings in each measure are almost the same as the other, except there has been one note added to make the 16th notes. 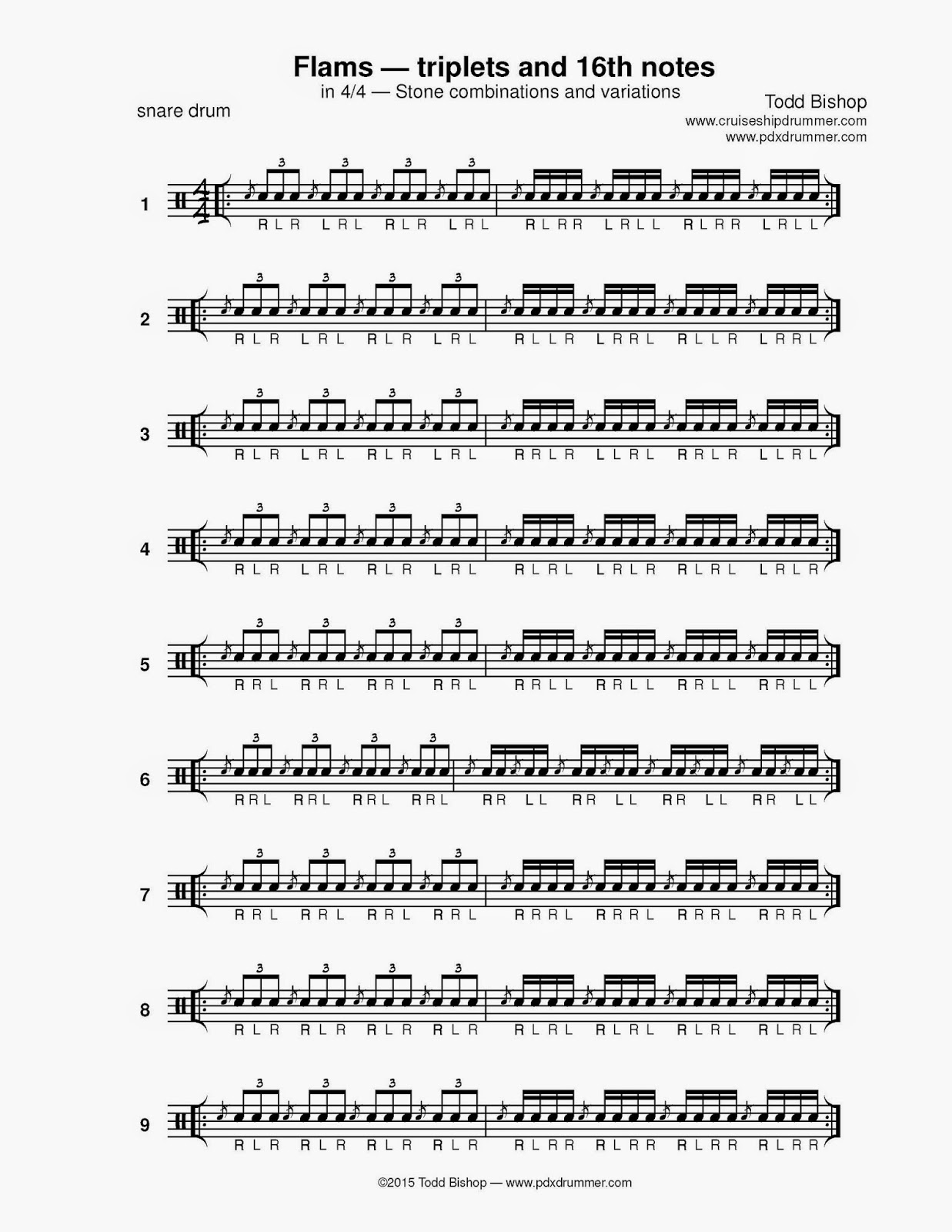 Also reverse the stickings, starting the patterns with the left hand. As a general rule, it's a good idea to play them twice as long left hand lead.