Here's a page of stuff that should be handy, with some accented 8th note triplets and 16th notes in 3/4 time. Playing 16th notes at the end of a run of triplets is something I do a lot; it's rather an Elvin Jones thing, and it gives you a lot of forward motion into the next phrase. It's like a little accelerando.

Putting them at the end of a three-beat phrase of mostly-triplets, as we have them here, is also helpful because it lets you start and end with the right hand. On the Internet it's an article of faith that you “have” to be proficient enough that it doesn't matter which hand you use, but in real playing it takes mental energy to end with the left hand, or to start with the left hand so you can end on the right. 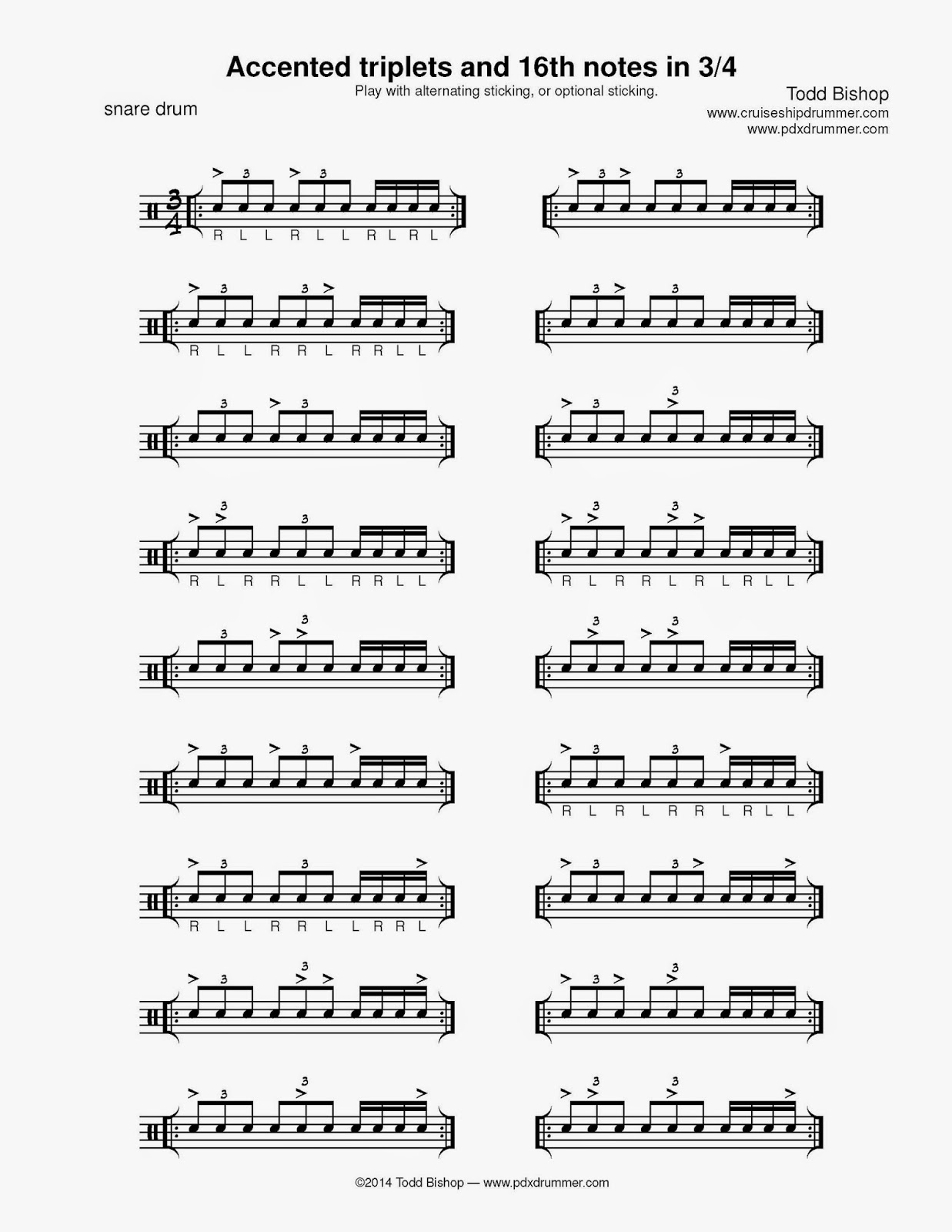 Use an alternating sticking, starting with either hand. On the drum set, you'll use them most starting and ending with the right hand. I've also given some optional stickings; or you can pencil in your own.

Playing the patterns on the drums, you can put the accents on the cymbal, plus bass drum:

You can also stick the 16th notes either of these ways, with bass drum on the end: