Very occasional quote of the day: put in the time 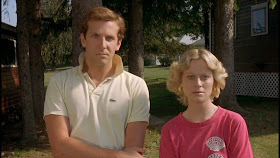 I'm paraphrasing that great quote from (This American Life host) Ira Glass — basically the sentiment of, “Keep doing it, even though all your stuff is going to be pretty bad. But don't be discouraged by its imperfections; embrace it if it's half good. Fake it till you make it. Put things up. If they're sloppy, keep trying.” I love his thought that nobody carves out this perfect jewel. Everybody struggles and does all these half attempts, and it's really more about time than it is about perfection.

Just put in the time, and don't be too precious about things. Work with your friends. And maybe, eventually, you'll get paid. (Laughs) If you're doing it for the money, then just forget it. When you sit at your computer and think, I'm going to write something really political and interesting, it's like, Okay, good luck with that!