I guess the theme this week is TRANSCRIPTIONS and BUY RECORDS, because this post also does not have a YouTube link. But you can get the album on iTunes, probably from some other online sources.

The record is Bennie Wallace Plays Monk, with Dannie Richmond on drums, recorded in 1981. We don't do enough Dannie Richmond, because he's often hard to transcribe, and there's a lot more going on with him than the notes on the page let on. And I just have little to say about him beyond he was one of the most exciting drummers in jazz and you must listen to his recordings. He was best known for playing with Charles Mingus, but I also like him on some lesser-known albums later in career (he died in 1988)— he handled his tom toms differently from a lot of jazz drummers, I think touring with some rock bands in the 70s changed his playing a little bit.

The tune today is Ugly Beauty, a waltz— the only waltz— written by Thelonious Monk. I've just transcribed Richmond's accompaniment of Jimmy Knepper's single chorus of soloing. Just a little snapshot of some routine playing. Richmond plays the 3/4 with an emphasis on the & of 2, and with a lot of tied notes generally. For a long time this is the way I would play, too— I wouldn't play the 3 on a waltz. It was an Elvin-and-Roy-Haynes-inspired thing. I also feel it's an example of the swing feel continuing to evolve, before the neo-classic movement came along and slammed on the brakes, and got young people playing like it was the 1950s again. 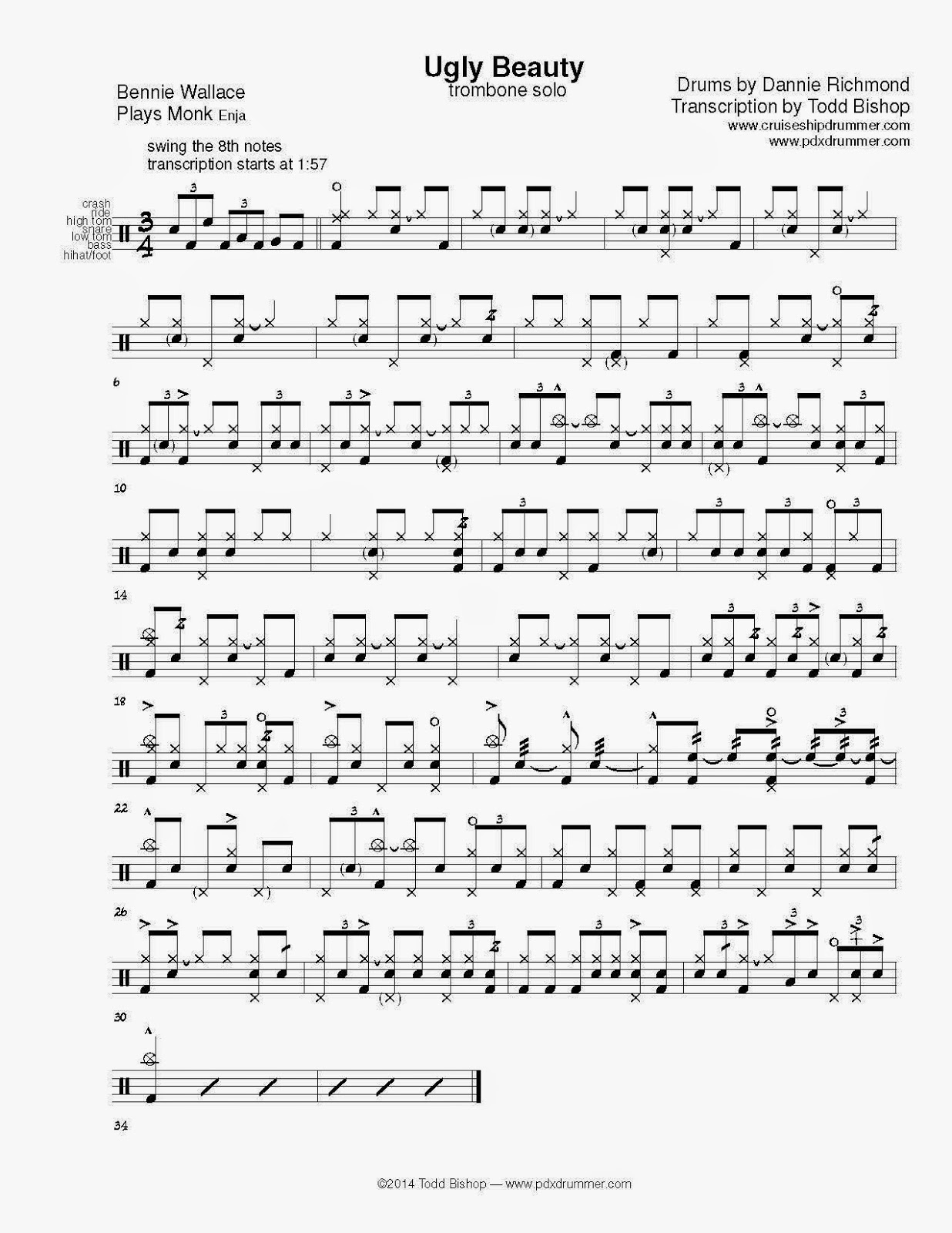 The transcription starts on the last bar of the head, with the drum fill leading into the trombone solo. He does have a second floor tom in his set up, which he uses on that fill only. I've been getting more detailed about indicating ghost notes, and very light hihat notes, than in the past, so the page is kind of “noisy”— there's a lot of extra ink that doesn't really help you in reading the thing. Don't be afraid to leave things out if you're going to try to play it.