Here is Jeff Watts's 32-bar solo on Upper Manhattan Medical Group, from Branford Marsalis's album Trio Jeepy. It's a sign of the times that Watts, a virtuoso himself, comes off as kind of un-technical compared to a lot of things you hear today. And his sound has a lot of weight, compared to the often trebly, hyperactive-sounding, newer breed of players. There's some real bass in there. 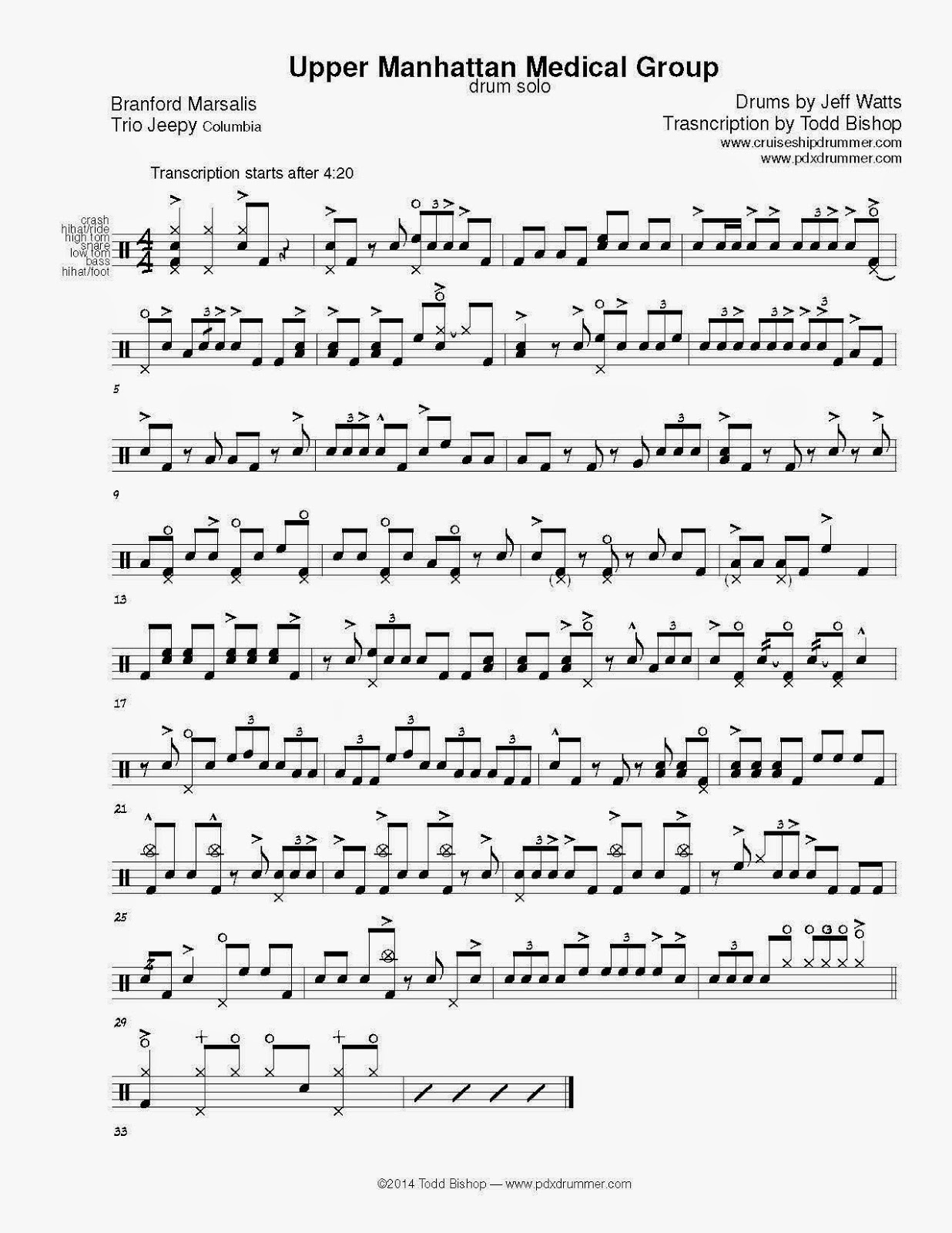 The 8th notes swing, but there are a couple spots where he straightens them out a bit; we're at a tempo where the difference is fairly subtle. He uses three different crash cymbals, and at least three tom toms, but I've notated the toms as either high or low, except in one spot where he's obviously playing three toms in the course of one lick; otherwise the difference between them is not significant for the purposes of the transcription.

The audio isn't available on YouTube, and I don't have time to make a video right now, so if you don't already own the record, you'll have to either buy the track, or buy the album. Buy the album.