Sonor Phonics are something else 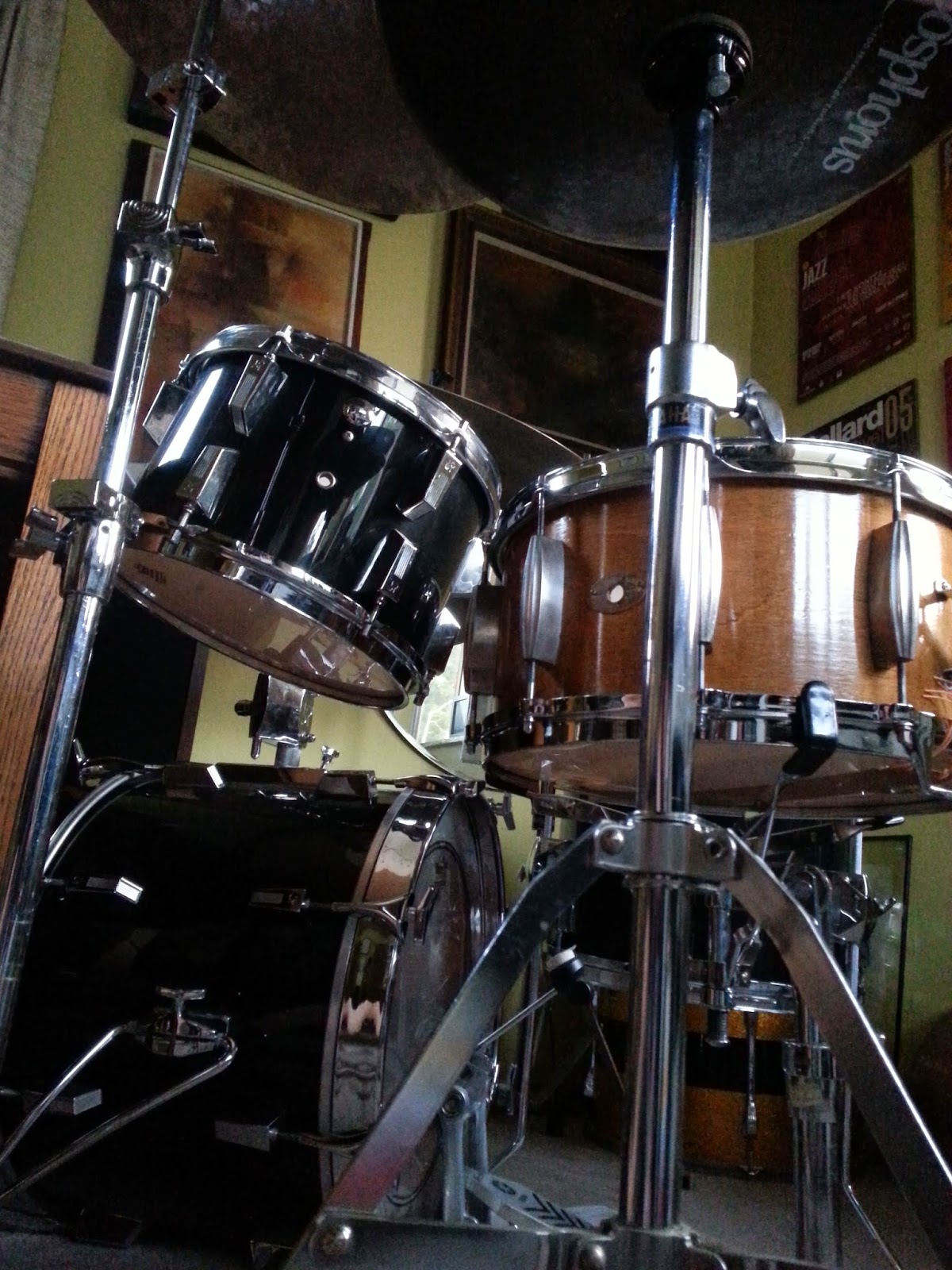 As I mentioned, I just picked up a Sonor Phonic bop set, which I had been coveting for a couple of years. My overwhelming impression is that this is really the Tiger tank of bop drum sets, not least because they're really, ridiculously heavy, and look it— the floor tom weighs about as much as the 12 and 14 together from the Slingerland Artist Custom set the Sonors replaced. And the Slingerlands are not light drums.

Tuned low, the drums “play” two inches bigger than they are— the bass drum, 4 inches. They feel and sound huge, like driving a very large car. Like Bonham. It's insane. God knows what playing a larger set would be like, but rock-sized Phonics in standard depths can still be gotten pretty cheaply, if anyone is curious— I've seen some pretty ridiculous bargains on those.

In a jazz tuning, they have a lot of presence and clarity, with a very round sound. Very tonal and Dejohnette-like. Like real Gretsch drums (~20+ year old ones, before they started screwing with their formula), the Phonics have a unique sound. I can't put my finger on it, but it's rather 70's, and a definite change from the more contemporary-sounding Slingerlands (still available on eBay for a few more hours!) which have been my main drums for the last five years.

The Eames snare drum sounds great, too. Very refined, different from any other snare drum I've owned. Highly recommend trying their shells if you're building a drum— used prices on complete drums sets are extremely reasonable, too.