The partido alto rhythm, in this case; it's also a Brazilian song style, a type of funk groove, and a tune (see below). It's one of the major rhythms in Brazilian music— several of the batucada instruments often play versions of it, as do drums, piano, and guitar in groups with a bossa nova/jazz instrumentation. The basic idea of the rhythm is that there is a series of notes played on the beat, and then several offbeats, usually crossing the bar line. It's become a very important rhythm for me, in all straight 8th note styles.

To illustrate the basic structure of the rhythm, the first set of exercises changes from downbeats to offbeats at the bar line; I can't recall hearing the rhythm played that way repetitively in actual Brazilian music. More often the change happens in the middle of the measure, as in the second and third sets of exercises. 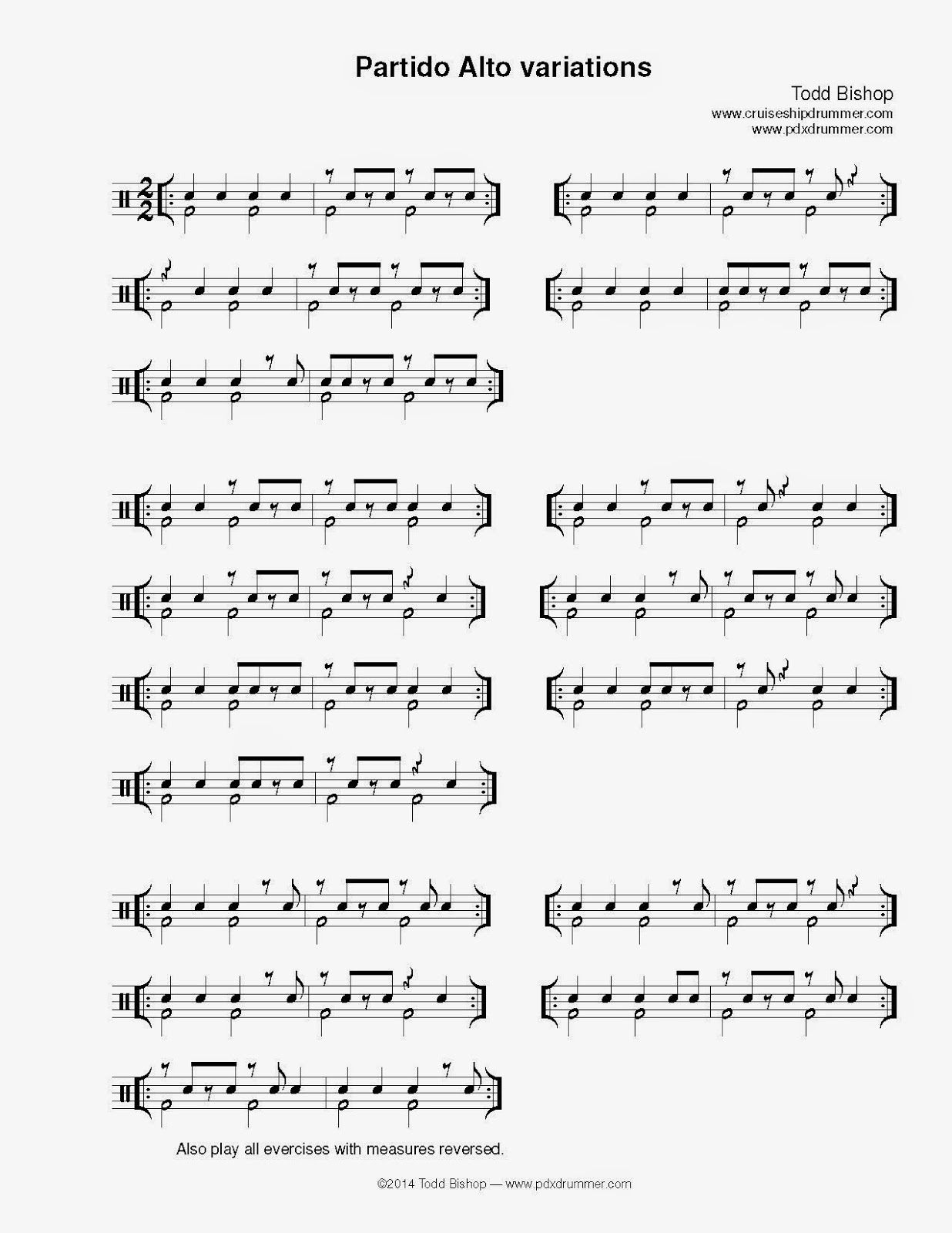 Also play the patterns with the measures reversed. You can use these as the left hand part on a bossa nova, or with both hands in unison on a samba, for starters; you can also build a half time feel funk groove like this— later we'll have more on how to do that: