Here's a portion of Spirit of Summer, from the album Deodato In Concert. If you don't know who Deodato is, he's a Brazilian pianist, composer, arranger, who was big in the US for a moment in the 70's, maybe best known for his pre-disco rendition of Richard Strauss's Also Sprach Zarathustra— the Space Odyssey theme. It's regarded as kitsch now, but it's actually a great piece of arranging (with Billy Cobham on drums). Rick Marotta is on drums here, playing what you might call modern-functional; sort of a simplified Elvin feel. The transcription starts just after 2:20: 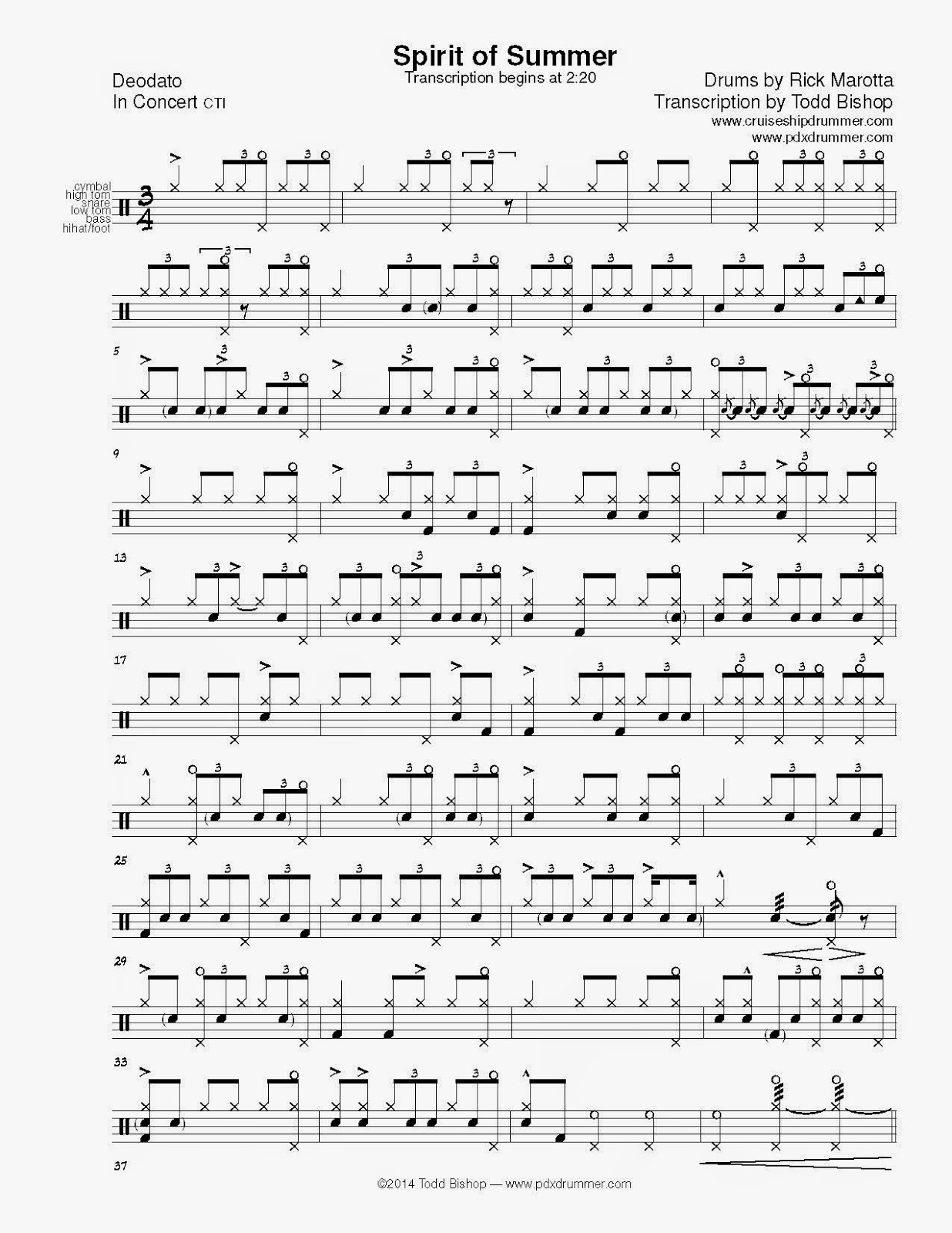 Swing the 8th notes. He's playing a couple of crash cymbals and a ride cymbal, but I didn't bother distinguishing between them, and put them all on one line; a house top accent usually means a crash cymbal. Airto is a featured performer on this record, but doesn't play much on this tune, and is way back in the mix— you will hear him playing some fills not in the transcription, though.

Audio after the break