Here's an adaptation of the traditional snare drum piece Three Camps, played with first inversion paradiddles— the very useful RLLR/LRRL sticking. They are easy to play fast, and the natural accents are hip. Lately I've been doing a lot with converting triplets to 16th notes in this sticking— they're naturally sort of analogous; the singles in the paradiddle are close in placement to the notes you normally accent in a triplet, the first and third. This sticking works well played in the repinicado feel, swinging the rhythm so the first and last note of the paradiddle line up exactly with the first and last notes of a triplet— follow that link for a more complete explanation. 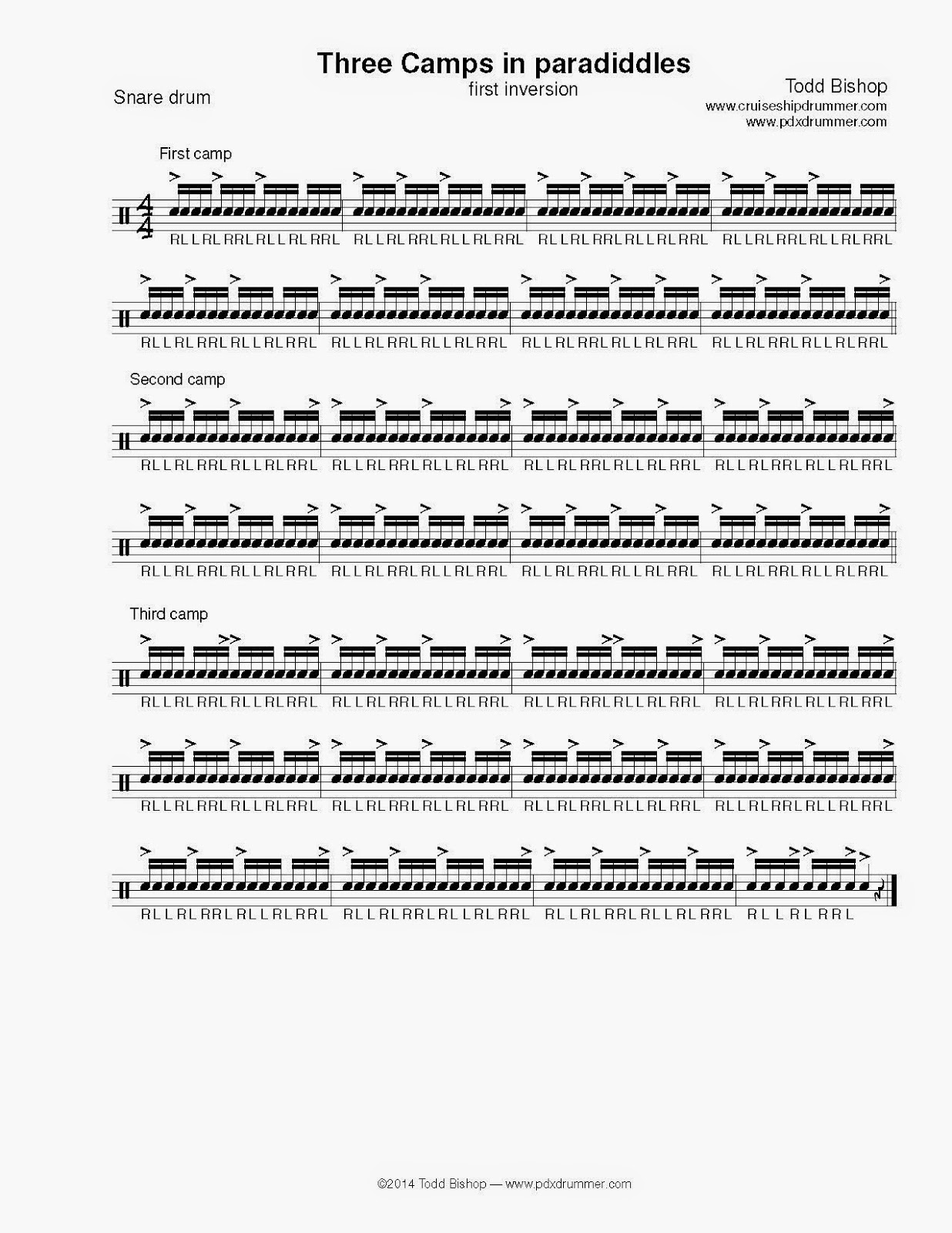 It feels like a betrayal, but I've eschewed the modern ending I originally learned— a long fp roll— in favor of the traditional, three-beat tag. Aside from the ending, there are really only three two-beat licks that happen in the piece. This: