This is derived from an idea discussed by David Peñalosa in his book Rumba Quinto. In rumba, an Afro-Cuban genre, the quinto is the highest-pitched conga drum; the quinto player is the lead player, improvising much of his part interactively with the dancers. What Peñalosa calls the quinto lock is the basic quinto part— so-called, apparently, because rather than stating clave rhythm directly, it largely interlocks with it, filling in the spaces around it. You can read more about this concept on Wikipedia— I believe the entry was written by Peñalosa— or purchase the book (link is coming— Amazon is being weird right now).

Today we'll use the general idea as a jumping off place for soloing over clave, on the drum set; I've written a page of rhythms to be practiced along with clave— either a metronome, sequencer, or play-along track: 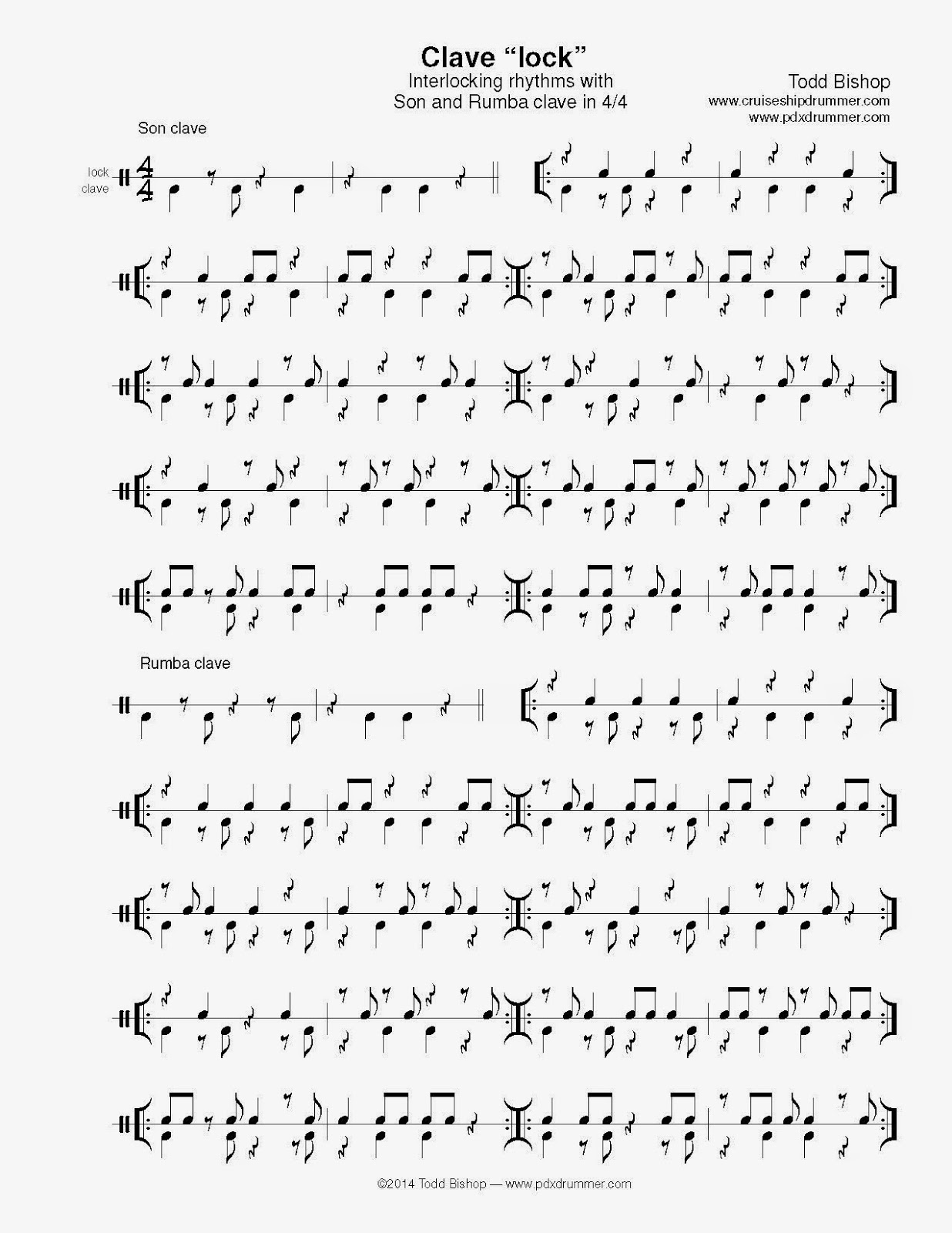 At first just clap the top-line rhythms, focusing on the composite rhythm of your part and the clave track; then play them on the drums as a solo line— timbale-style, as rim shots, flamming some of the notes, and varying the accents. You can then add whatever ostinato you want with your feet— 1 and 3, 2 and 4, or all four beats with the left foot, and/or the & of 2 with the bass drum, or the & of 2 and beat 4. You could also play clave as an ostinato, but that is not really our focus here— our purpose is to fit the solo line with clave played by someone else.

If you don't have a metronome that plays clave, a sequencer, or a suitable playalong track— or a friend to actually sit there and play claves for you— there are instructions after the break:


Download and install a piece of free software called Open Metronome. For Son clave, select “custom”, and enter 1331331333131333, turning the volume slider all the way up for sound 1, and all the way down for sound 3, like so: 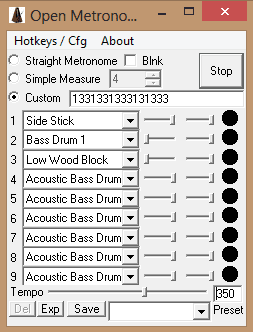