There was a period in the 70s when funky music had a kind of unbridled quality you don't much hear any more— there was a lot of screaming, and everyone seemed to be fully embracing having a really good time. I was a kid then, but I got a definite impression of that feeling in the music. Today's song is a good example of that vibe: Tee Vee, by the New York funk band Mandrill, from their album Solid. The drummer, Neftali Santiago, is a complete badass— he's right up there with the Tiki Fulwood and Jerome Brailey for the quintessentiality of his funk. To coin a phrase. Until the orgy of James Brown sampling at the end of the 80's, this was funk, in my mind: slow tempos and fat backbeats. Aside from David Garibaldi, I don't know who was doing the more hyper thing people have been so in love with since the 90s— that style was a part of history, and had to be revived.

Here I've transcribed a representative sample of the type of variations to the groove occurring throughout the song, along with a few of the big fills: 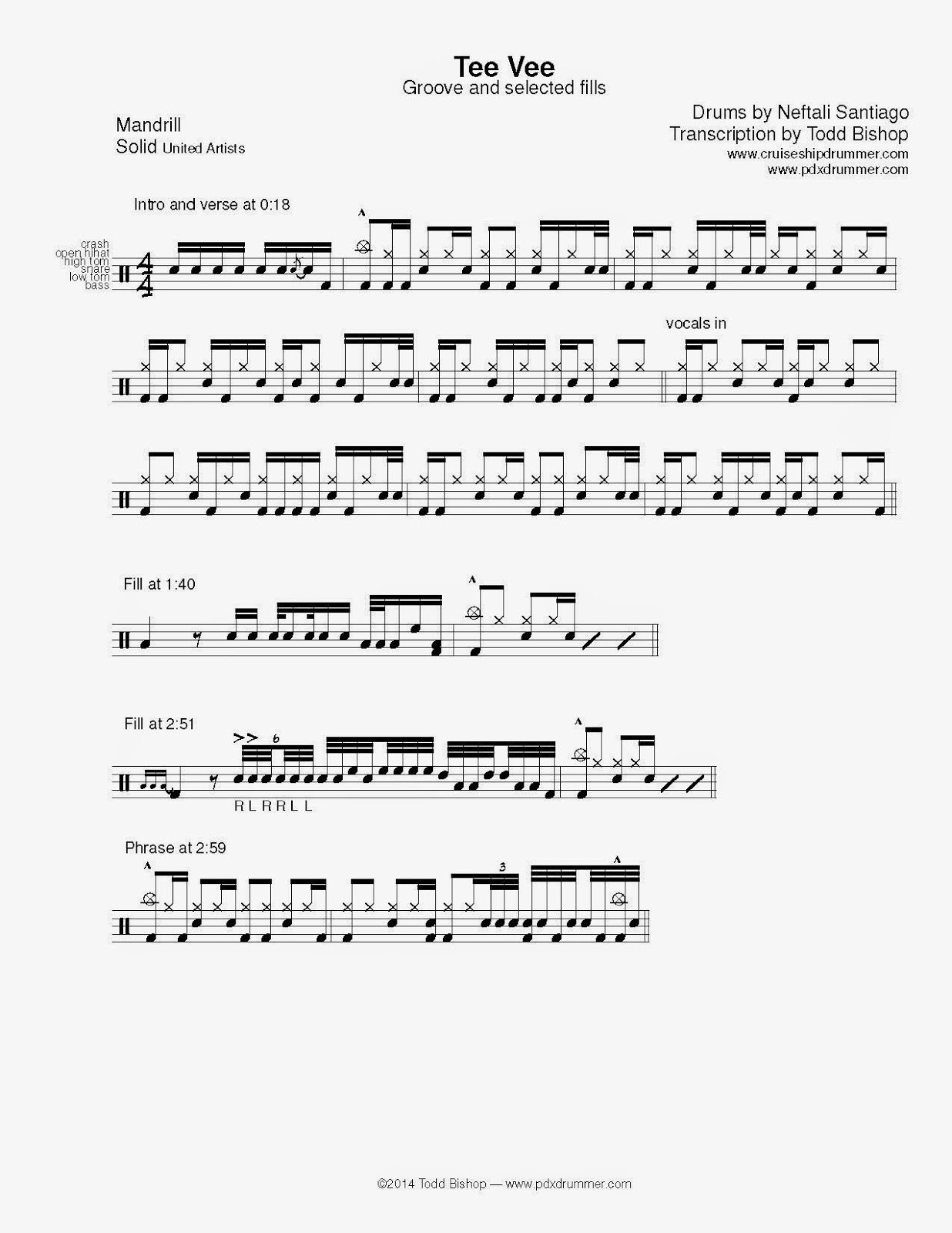 The hihat is played open in all the examples, and all the way through the song. The snare hits are at a fairly even volume— maybe the 2 and 4 are a little stronger, and the 32nd notes a little softer, but do not ghost the other notes. I don't know what sticking you would use to play the fill at 2:51, after the opening paradiddle-diddle, but it's not real important— I do think I have it on all the right drums.