Continuing with our Seven Steps To Heaven transcription in installments, here is Tony Wiliams's playing behind Miles Davis's solo, starting at 0:43, on the version of the tune from the album Four & More: 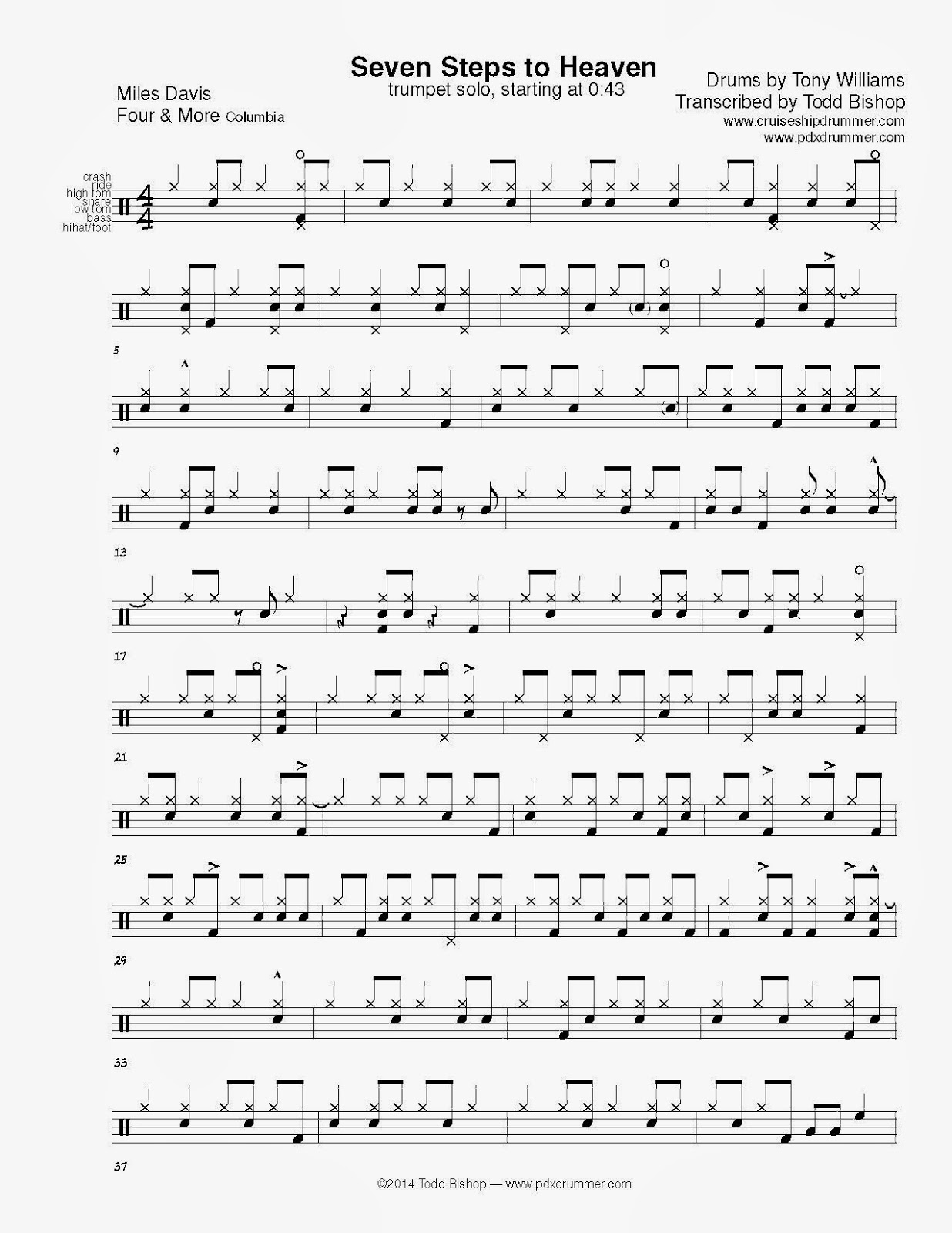 The hihat is mostly inaudible to me, but don't assume that just because it isn't written, he isn't doing anything with it— more on that after the break.


Here, after 31:30, you can see that Tony's playing the hihat on all four beats— very likely he's doing the same thing here, just not loudly or crisply enough to be picked up on the recording. That's a stylistic thing of Tony's that you can try to do, or not, but it's not really important here.