Man, I am getting tired of writing words. Let's get back to what you actually come here for: drum shit. In honor of the Superbowl— which they tell me is today— here is something that's bigger than any football game, ever: Tony Williams's playing on Seven Steps to Heaven, from Miles Davis's album Four & More. Like every other jazz musician in the world, I've listened to this about a thousand times before today, but have never transcribed it. Every part of this song deserves close study, but I'm not writing the whole thing out today, so maybe I'll try to do it in installments. Here's the first time through the head, then: 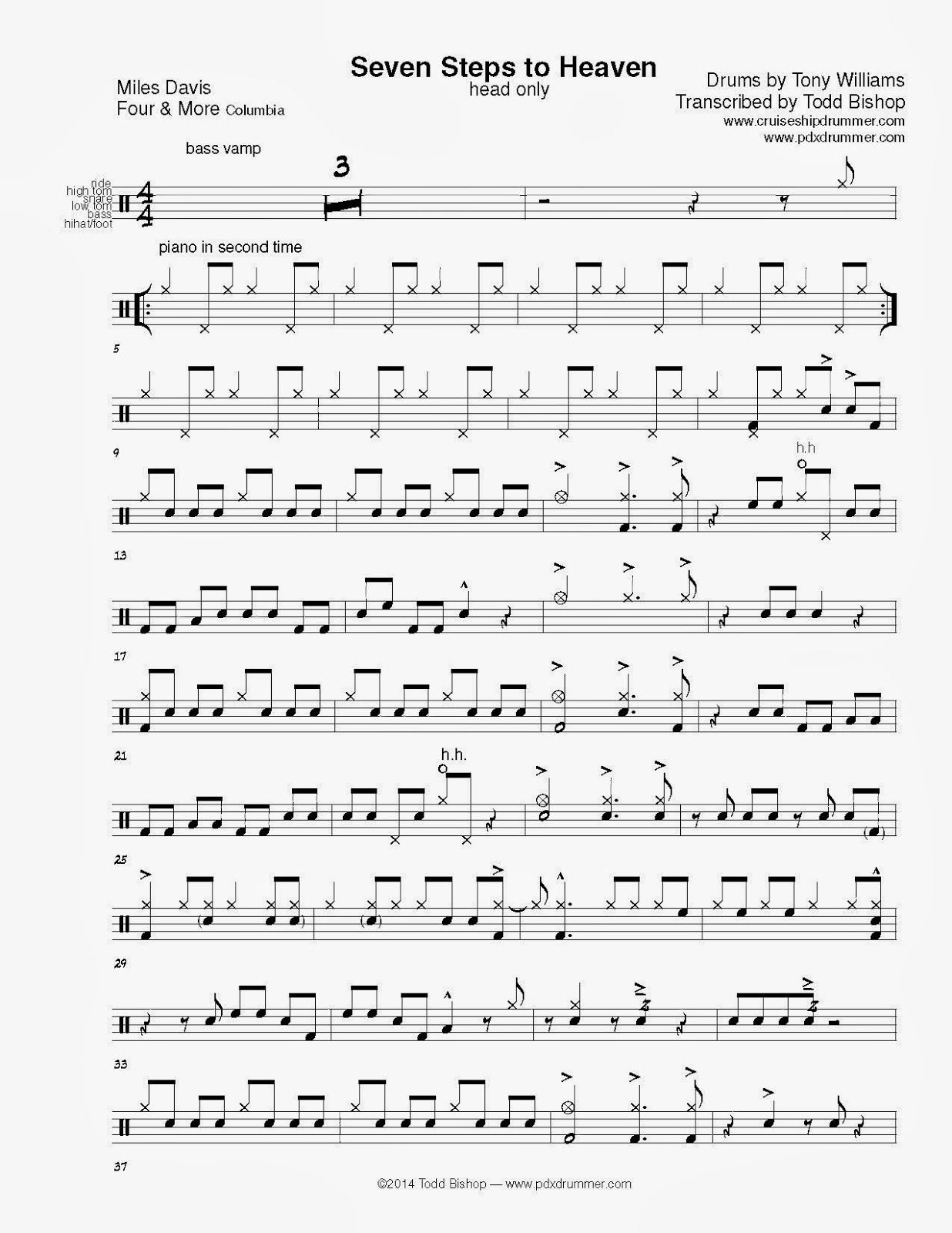 Tony is very much in “jazz percussion” mode here— playing very linearly, not-so-much layered in the traditional way. At the end of the first page begins the first iteration of a meter-within-meter thing that recurs throughout the piece. The tempo here is around 310, or half note = 155. Everything speeds up severely on this record, and as I recorded in my earlier piece on fast tempos on albums, the tune ends at 356/178. That's supposed to be a Very Bad Thing, which will almost always get you in trouble with anyone, but F&M is universally acknowledged as one of the greatest jazz albums ever (...ever... EVAR) so... draw your own conclusion. It would be nice if some technically-wrong things were just regarded as facts of that particular performance, and judged for their real musical effect, but it doesn't work that way with most players, and you will still get in trouble for rushing.