I hate to keep beating up on our man Kollias— well, I'm not beating up on him, I'm making serious points about music... OK, I wasn't making a serious point about music with the last thing, but I am now. And it's not about him personally; he's an incredible performer-athlete who happens to be working within a genre I believe is basically artistically bankrupt. But hearing today's piece in that context really gets you thinking about the true meaning of the much-abused phrase “less is more.”

The song is Isolation, from John Lennon's Plastic Ono Band record, with Ringo Starr on drums. The production here is stripped down, and while it's a virtually perfect expression of pop craft, it hardly seems made for public consumption. I'm thinking about the difference between this and that metal thing, and all I can think is of walking through the Louvre and seeing a 15 foot high painting by somebody like Delecroix; the frame alone weighs 800 pounds. I'm not being effusive, that's just straightforward analogy— this is objectively a heavier, more impactful piece of work. 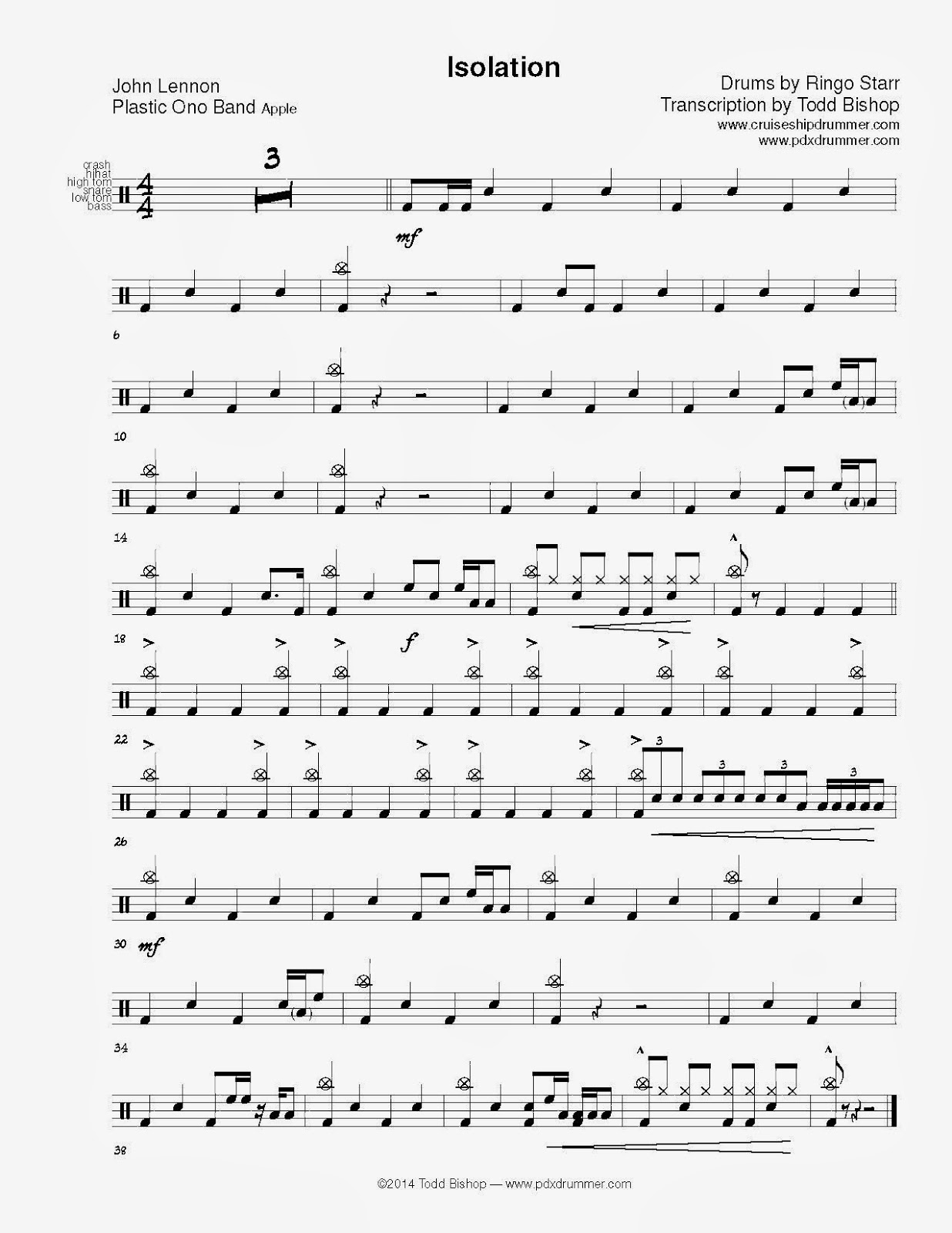 Obviously, the rhythm section here is all about the quarter notes. The only subdivisions happening are occasional triplets in the piano, which often happen at the same time as the straight 8th notes on the hihat. The vocal line has a lot of legato 16th notes, both straight and swung; on the drums the 16ths are strongly swung. Crash cymbal hits that are unaccented are just touches. The mood is soft, but the drums are played strongly enough to get a tone. As with our last Ringo/Lennon transcription, the drums track the dynamics of the piano and vocals closely. Ringo is really listening. He also leaves the heavy emotion to the vocals; he doesn't overplay, trying to match its intensity.