From the This portion of the recent This/not this: polyrhythm post, I've written out C.K. Ladzekpo's list of basic polyrhythms every Ewe learns while growing up, along with our now familiar 6/8 bell pattern: 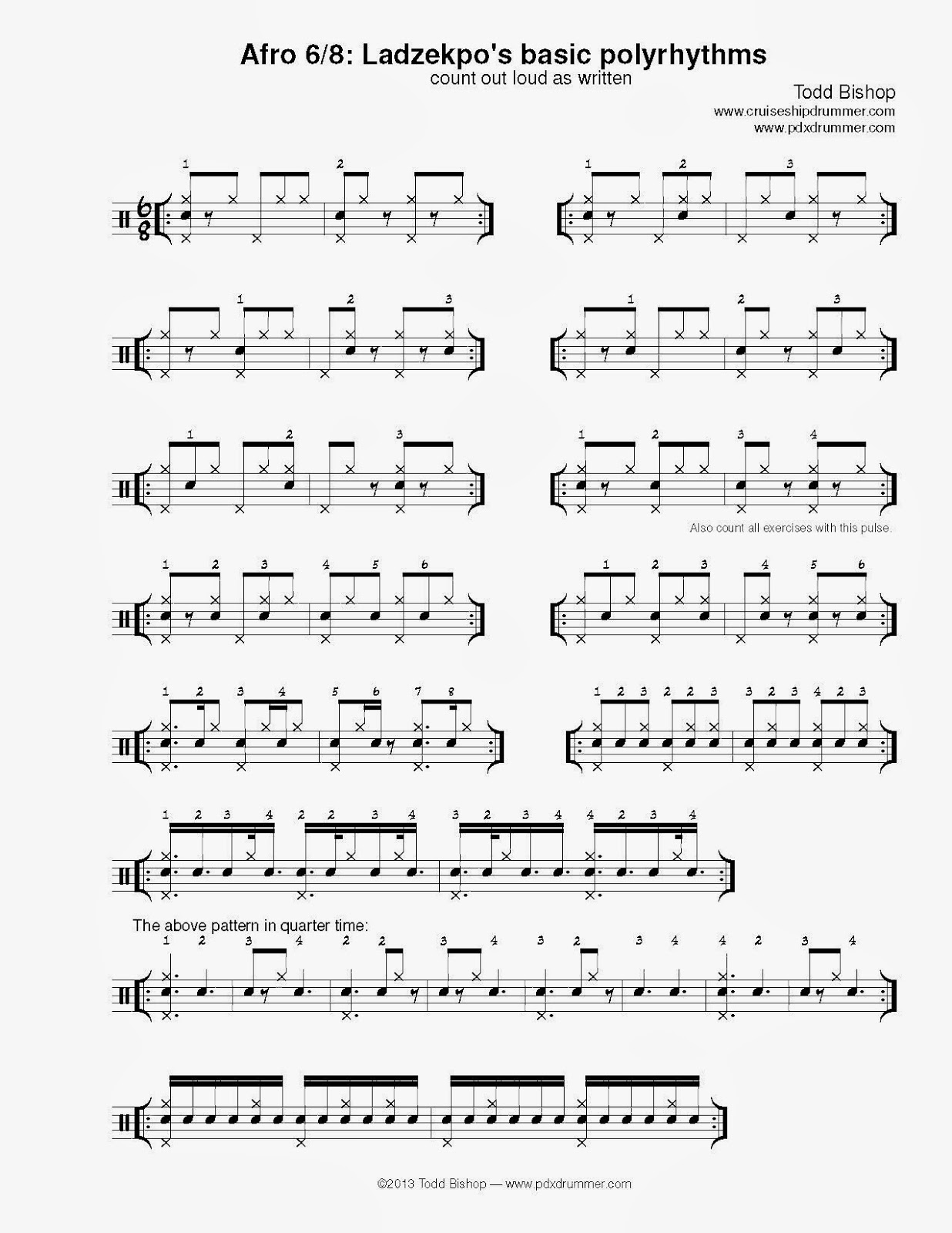 You can do these with whatever combination of limbs/sounds you want. In the video, Ladzekpo claps the bell pattern (the top line), counts or sings the polyrhythm, and taps his foot on the dotted quarter notes (the bottom line). Our usual orchestration on the drum set would be to play the bell with the right hand, the independent part with the left on the snare, and the dotted quarters on the hihat with the left foot. You could also play that part with the bass drum, or both feet together.

Ladzekpo does an unusual thing of counting the polyrhythm with the 1 on the first note of the cross rhythm, rather than the one of the bell pattern; I don't know if he's just illustrating the number of notes in the cross rhythm, or if Ewe musicians really conceive an alternate downbeat with those rhythms. I would also count the dotted quarter note pulse with all of the patterns, matching the foot part, either counting in 4, or in two measures of 2.

The rhythm with the dotted 16th notes is, ah, rather difficult to conceive as written, so I've transcribed it into quarter time, so you can more easily work out the relationships between notes.