Following up on my posts on Android's Diana emulator app, Retro Camera, I wanted to put up some examples of the real thing, taken in Rome in 2006 and Paris in 2009. These are all shot on color slide film and cross-processed.
For the uninitiated, the Diana is an extremely chintzy plastic toy camera manufactured in China from roughly the 1960's and '70's. It shoots 120 roll film, but gives a smaller 4.5cm x 4.5cm image than is usual for that format. It's famous/infamous for its sometimes-expressive light leaks and especially for its incredibly primitive single-element plastic lens. As you can see, it leads to vignetting and overall soft focus, especially around the edges. My camera is remarkably free of light leaks, so you don't see any of that here- I would probably tape them up it did have them. Mine does not like Fuji film, however, so sometimes I get things like the bottom image of the Tritone fountain in Rome, where the film didn't wind properly, and allowed light to leak in at the edges when I changed rolls. The numbers you see are reflected from the paper backing of the 120 film.
Mine was given to me by my brother Scott- he has found many of them at the Goodwill over the years, usually picking them up for about a dollar. They sell used on Ebay for around $40-60, and you can now buy them new from Freestyle for about $40. 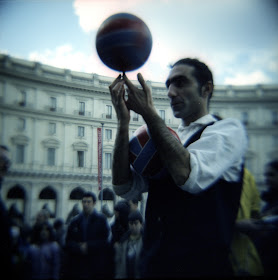 More after the break: 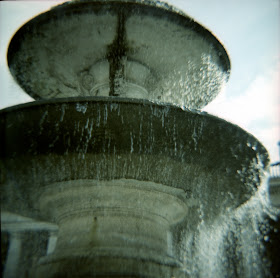 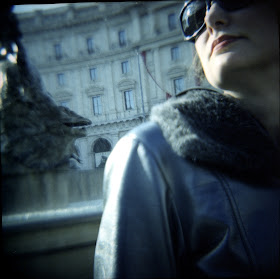 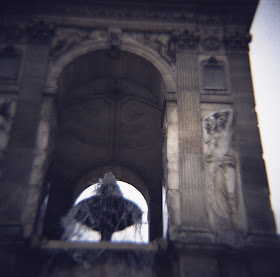 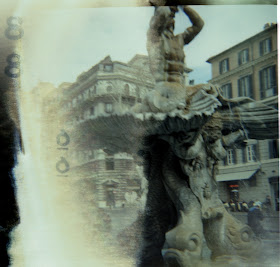